For some casual Hip Hop fans, the name QD III is most commonly associated with the Beef documentary series and as a name commonly found in the closing credits of “The Fresh Prince of Bel Air.” But, over the years, his work with artists such as 2Pac, Ice Cube and Tech N9ne has gained QD III increased notoriety—whether he wanted it or not. In a profile for Flud Watches’ Beats Per Minute series, Evidence found his initial interactions with QD III to be similar.

“At that point, I didn’t even really know how Rap music got made,” Evidence explained. “One day, I mustered up the guts to go up to him and go, ‘Yo, my name is Mike.’ I couldn’t understand how he didn’t want to be in the forefront, but he was like, ‘Nah, my place is here…behind the scenes.’  And I respected the shit out of that, because I was a graffiti artist.” 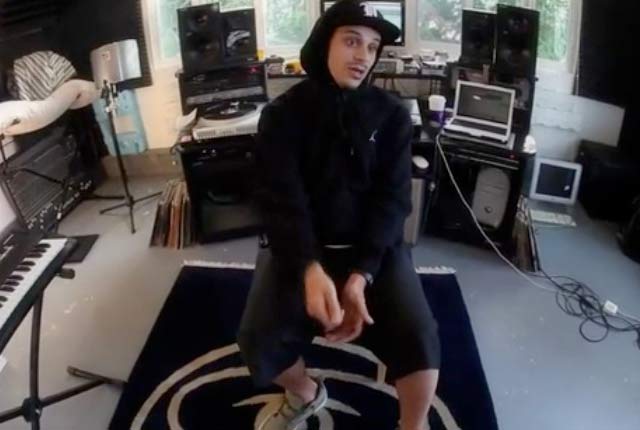 Ev said QD III’s place became a hub for a group of like-minded Angelinos that would eventually become artists as well, including Alchemist, will.i.am, Ahmad, and even Redfoo of LMFAO. And those early influences find their way onto projects such as his upcoming solo effor Cats & Dogs, which will be released on Rhymesayers Entertainment September 27.

And for those wondering, Evidence also has plans to assist in another Dilated People’s project.

Finally, as an additional note, if you’re interested in winning a free version of the Beats Per Minute watch Evidence wore in the above video, visit HipHopDX’s Giveaways page for a chance to win one.