The flyer and ballot is below: 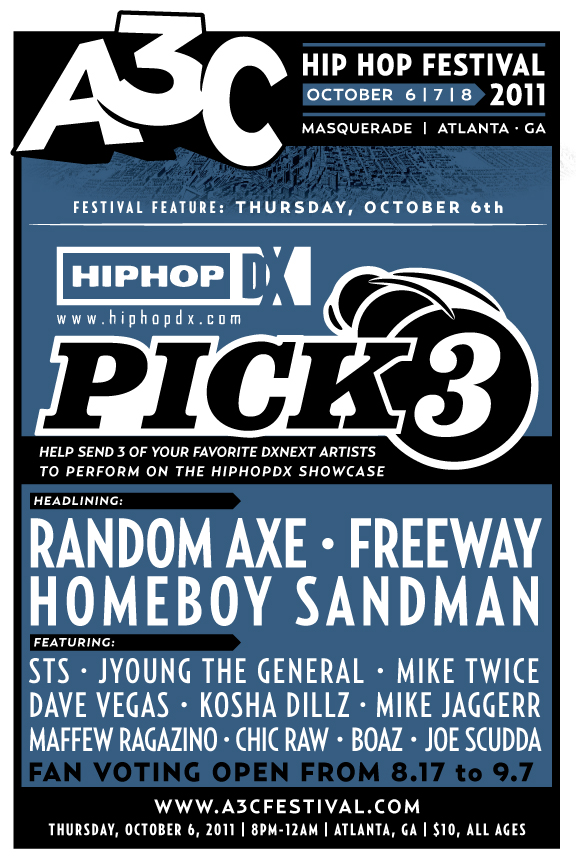 UPDATE: The five finalists have been announced and voting has begun:

They include, in order of results from the previous round:

Fans may vote here by September 7:

UPDATE: New Jersey emcee Kosha Dillz won the contest, by over 280 votes. Kosha will perform selections from Gina & The Garage Sale at this year’s A3C. He wins a travel, lodging and an honorarium, courtesy of A3C. The runner-up winner was Michigan emcee JYoung The General. J wins travel and lodging. Third place winner, North Carolina’s Joe Scudda wins an invitation to perform at this year’s showcase.