With TM103 (a/k/a Thug Motivation 103) coming in September, Young Jeezy recently addressed the “Shake Life” remix, his upcoming mixtape and more about his “growth.” During an interview with Jenny Boom Boom, The Snowman talked about who is scheduled to be on the “Shake Life” remix and why he decided to make a Real is Back 2 mixtape.

“I can’t give it up,” he said of the guest who will be on “Shake Life’s” remix. “I’ma put another artist on it, somebody that I happen to think would fit the record. It’s going to be big. Actually, I was trying to get him on the original version but it didn’t happen fast enough so I’m just going to make it the remix.”

Fans have also been excited for his mixtape, The Real is Back. Those fans can celebrate the release of The Real is Back 2, as well. Jeezy mentioned that the new tape is slated to drop before TM103.

“I was so hyped up on it that I went back in the studio a couple of weeks ago and recorded The Real is Back 2. We’ll drop that record before the album.”

Why release so much material before his album’s release? According to Jeezy, it’s part of a winning formula for him, one he adopted when he droped his debut.

“That’s how I got in the game. We were grinding hard. It’s hustling…You’ve gotta put music in the street. You’ve gotta to be out there. People got to know you’re coming.”

Naturally, this gave way to talk about TM103, an album many people have anticipated for some time. Understanding this, Jeezy says he took his time for a reason.

“I just wanted it to be special because I promoted it for so long,” he explained. “If you’re going to make somebody wait for something, it’s gotta be right.”

He also acknowledged that his subject matter has changed somewhat, a move that came “naturally” as grwoth.

“I had to show the growth, quite naturally. Everybody knows I ain’t standing on the corner no more, so I ain’t even want to go that route. I had to go kind of worldly. The world is my trap now.”

The tracklist for TM103 was recently unveiled. The entire interview can be seen below. 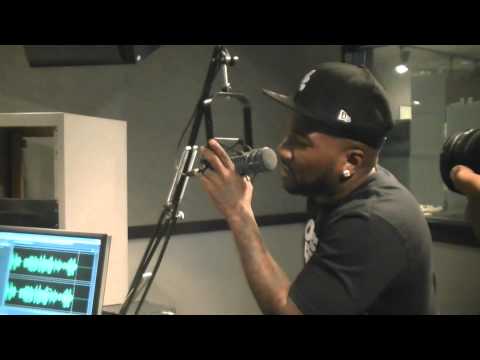