It was a chaotic scene at Glasses Malone’s video shoot for the song “Eastsidin,” as what started off as a brawl quickly became much more serious when gunshots were fired.

A report from Pow-TV.net provided the following: “Behind The Scenes At the Glasses Malone video shoot in Brooklyn. (East 21st and Church) There was an earlier altercation where [sic] at DJ was slapped in the face by a local crip member. We knew he was going to come back, so we tried to wrap up the shoot early. During the final take, they came back three deep and all three got beat up. At the 2:09 mark you see one person getting jumped by at least 12 people. After he gets stomped out, someone lets a shot off in the air and everyone runs for cover!”

“Eastsidin” features Snoop Dogg and Nipsey Hu$$le, and will be on Malone’s album Beach Cruiser.

Pow-TV.net also landed footage of the altercation. Watch the video below: 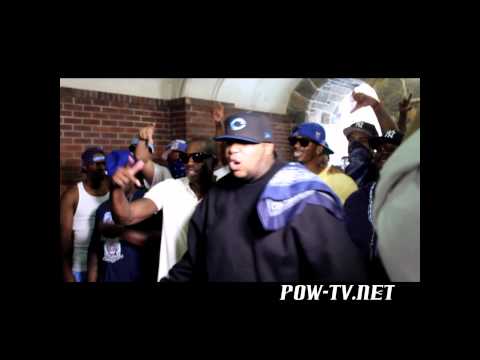