Throwback Thursday Revisits Kool Moe Dee's "How Ya Like Me Now"

Unless you’re will.i.am, you’ll probably spot at least five career ending trends during the first 30 seconds of viewing Kool Moe Dee’s “How Ya Like Me Now” video. From Kool Moe Dee’s snug, all leather suit down to the knee-high suede boots, this visual from the 1987 album of the same name bears all of Kool Moe Dee’s fingerprints. Considering that Kool Moe Dee is credited with producing nearly half of How Ya Like Me Now, it’s entirely possible that he came up with the concept for the title track’s video.

While Kool Moe Dee may have raised a few eyebrows with his eccentric fashion choice, he ultimately made history. Not only did he provide a bridge between classic Hip Hop and New Jack Swing through his work with both the Treacherous Three and later with Teddy Riley, he is also in the Smithsonian.

During an interview with Fox 5, Kool Moe Dee gave his thoughts on the changing direction of Hip Hop before helping open the Classic Hip Hop Tour that kicked off the opening of the Smithsonian’s “Hip-Hop Won’t Stop: The Beat, The Rhymes, The Life” collection.

“I’m not as harsh on the new generation as some of my comrades,” Kool Moe Dee offered. “I look at it as something that’s kind of a cause and effect. On one hand, these younger artists look at us and revere us. On the other hand, if you look at it financially, they see so many artists that are in great financial shape that it created this materialistic kind of mantra where people are just going for money. When you just go for money, you usually dumb down the content. And the main thing missing right now is substance.” 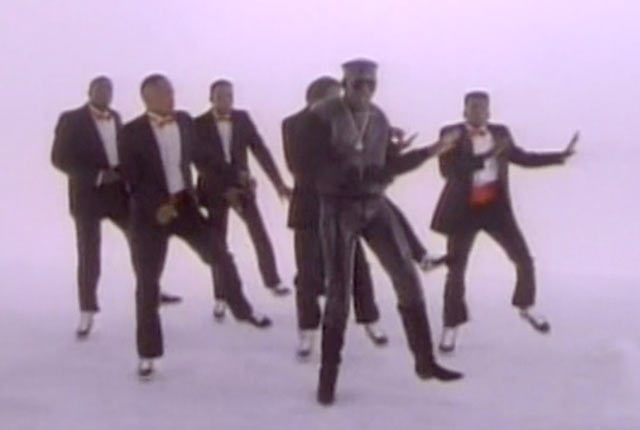