Big K.R.I.T. has announced the release of his Def Jam debut Live from the Underground, due September 27th. The LP’s release also falls on the same day as other albums such as J. Cole’s Cole World: The Sideline Story, 9th Wonder’s The Wonder Years and Phonte’s Charity Starts at Home.

Since I’m working on it right now the name of my album is #livefromtheunderground … Sept. 27less than a minute ago via Twitter for BlackBerry® Favorite Retweet ReplyBig K.R.I.T.
BIGKRIT

UPDATE: According to Cinematic Music Group’s Jonny Shipes, Big K.R.I.T.’s Def Jam debut has been pushed back to the beginning of 2012.

The 'EVE' mastermind made sure to thank her several of her predecessors, including Lauryn Hill, Queen Latifah, Lil Kim and MC Lyte. 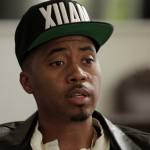 The announcement comes on the heels of JAY-Z launching the MONOGRAM cannabis brand. 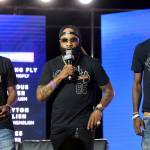 The trio is staying loyal to the series creator after he was fired by ViacomCBS. 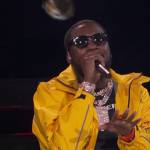 The Philly native had something to say about another Black man being killed by cops in 2020.