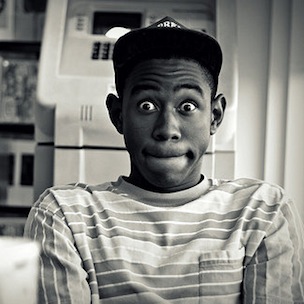 Tyler, The Creator Predicts His Own Death At 40

Never short on controversial statements, Odd Future’s Tyler, the Creator recently revealed that he will be dead by the age of 40.

The rapper revealed that he further stirred things up by getting into an argument on Twitter over the Columbine High School Massacre.

“I got into an argument because I said the Columbine [shooters] were probably really cool people,” explained Tyler. “I was just saying they could have been really nice people, probably could have taken them to a game. I wasn’t saying what they did was right.”

Tyler is currently recovering from a recently-broken foot, which he injured during a live performance. The 20-year-old is also reportedly recording with Nas.