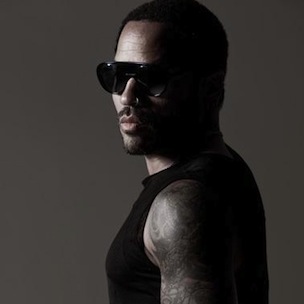 Lenny Kravitz is getting a hand from Jay-Z, Drake and Swizz Beatz on his upcoming album Black and White America. The 16-track offering, due August 30th, sees the rock singer joining forces with Hov and DJ Military on “Boongie Drop” and Drizzy on “Sunflower,” which he co-produced with Swizz Beatz.

Speaking with Billboard.com, Kravitz explained that the collaborations came organically. “It’s all music, you know?” he said. “I only go where the music takes me, so if I hear it in the track, I’ll do it. I won’t do something for the sake of, ‘Well, this is hip now.’ When I wrote ‘Boongie Drop’ I heard a rap in the middle, and I immediately heard Jay’s voice and we had collaborated twice before, so I called him and when I went to New York I put him on the track.”

As for his duet with the Young Money rapper, he explained that he was more than willing to do the song on principle alone. “And then I got on the phone with Drake for (‘Sunflower’) before he had even heard the track and he said, ‘Yeah, I’ll do it. I’m a fan and I love your work and I would love to be on it.’ So that was cool.”