Lupe Fiasco stirred the pot earlier this week with his controversial comments that President Obama is “the biggest terrorist.” In an interview with Billboard.com, he refused to back down from his position and clarify his perspective.

“I’ve got nothing to clarify. It’s Obama and the U.S. government,” he said. “[It’s] every president that came before him and every president that comes after him. It’s funky because everybody’s pulling soundbites from this one interview that we did, but they don’t talk about anything else from the interview. […] So it’s really about, ‘What do people want to listen to?’ It’s not what I want to talk about, cause I want to talk about all types of shit… there wasn’t the same reaction about me having a book club… about me trying to promote literacy in a country with 50 million functioning illiterates walking around, because we have a failed and flawed education system.”

As for his stance on not voting in elections, he explained why he doesn’t participate. “Voting doesn’t work, because everybody who voted, voted for the same people who are in office right now that are actually allowing these policies to go forward… You have to educate the populace — the masses, the voters, the people who don’t vote, the people who pay taxes.”

He explained that the fix is in educating people on their involvement in the American system. “You have educate the masses to exactly what their tax dollars are going to pay for,” he added. “I think once people educate themselves and open up their minds to understand that on that really basic level, then you’ll have some type of change in the way that Americans associate themselves and participate in their own political process.” 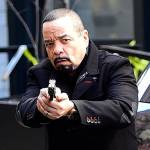