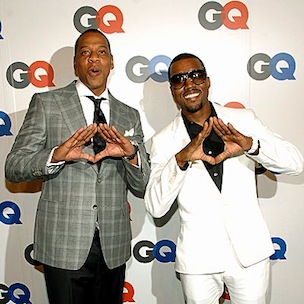 Longtime engineer for Jay-Z and DJ/producer Young Guru recently spoke to Vibe about the state of the highly anticipated Watch The Throne.

“Right now, I’m really trying to get Jay and Kanye to hurry up and finish this Watch The Throne album because the world needs to hear it,” Young Guru said. “It just needs little tweaks and things like that. But the core of the album is finished.”

The album, which has had two tentative release dates come and go, will likely feature production from Kanye West, No I.D., Q-Tip and Pete Rock.

“Kanye takes what they do and adds on to it and I think that’s his genius,” Young Guru added. “I say this all the time ‘Kanye records are never the same twice, while he’s making them because they always grow.’

Looking beyond this high profile collaboration, Young Guru thinks Jay is plotting his next album already.

“Jay’s a consummate thinker, so sometimes he’ll call and be like ‘yo what do you think about this.’ And he said this idea to me that I wish I could tell the world about. Some ideas are so simple and in-your-face, that they’re so incredibly smart,” Guru continues. “So this next idea— when you hear this title — the world is going to say ‘why didn’t Jay think of that for the first album.’ The title and concept just fits in perfectly. It’s so simple, but yet so elegant at the same time. [Jay] can’t stop, it’s in his blood.”