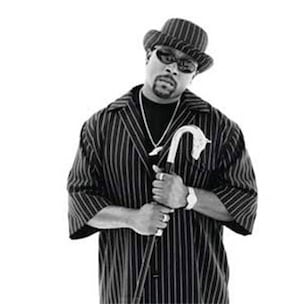 As Hip Hop was dealt another blow this week with the untimely death of the legendary Nate Dogg, fans will have a chance to pay tribute to the fallen singer. Nate’s is tentatively set to be laid to rest this Saturday, March 26, with a private ceremony preceding the public event at the Long Beach Airport.

The following day DJ Quik is supposed to hosting a memorial benefit at the Los Angeles Convention Center. According to MTV, the event has yet to be confirmed by Nate’s people or DJ Quik.

MTV also caught up with long time friend Warren G, who happened to be with 213 groupmate Snoop Dogg when he got the news.

“I was out on the Sweat Tour with Snoop, and we had got the word from his family on what was going on, and it was just a crushing blow for us,” he said. “Just from going to see him and lifting his spirits up when he was in therapy and stuff like that, it’s just crazy for that to happen. And I still don’t believe it, you know what I’m saying?

“It kind of hurts me when I look at this shirt [the organizers of the SXSW tribute show sold Nate Dogg T-shirts, with proceeds going to the late singer’s family], it’s like, ‘Damn, that’s my homeboy on this shirt,’ ” he continued. “And I’m hurting, and you know, a lot of people are showing tons of support for his family, for his homeboys, and we really and truly appreciate that. It’s real love.”

UPDATE: Nate’s funeral will be held on Saturday, March 26th at the Long Beach Cruise Terminal. Prior to the ceremony there will be a viewing on Friday from 10am to 4pm at the New Hope Baptist Church in Long Beach.

While access will be limited to the aforementioned, there will be a time for the public to pay their respects. At 7pm on Saturday at the Cruise Terminal, the public will be welcome with tight security measures in place, including a ban on all cameras.