In an effort to promote the upcoming movie, Things Fall Apart, a trailer of the Mario Van Peebles-directed drama has been released. The film is the brainchild of 50 Cent, who co-wrote the script with Brian A. Miller and stars as Deon Barnes. Things Fall Apart has been drawing attention since the summer of 2010, when photos emerged of an emaciated 50 Cent; the rapper lost over 60 pounds preparing for the role.

As Barnes, 50 plays the role of a top-tier college football player who is stricken with cancer. Prior to playing the scrawny version of Barnes, who was presumably undergoing radiation treatment and/or chemotherapy, 50 portrays a dreadlocked version of the lead character. According to Fif, a personal friend with cancer inspired the story. Things Fall Apart is one of several films created under 50 Cent’s Cheetah Vision imprint—part of a $200 million joint venture with Lions Gate.

By attempting to transform himself from a 35-year-old to a Heisman hopeful in his early 20’s, can 50 Cent increase his acting profile? So far, according to Metacritic.com, which averages dozens of individual movie ratings from top critics, 50 Cent’s last three theatrical releases scored an average of 41 out of a possible 100. 50 briefly spoke about the movie at the Miami International Film Festival.

“I hope people get a chance to get to see how excited I am about challenging myself in different ways,” 50 explained. “Because it’s not an action film—it’s a family drama—I was advised not to do it.”

UPDATE: Image Entertainment has acquired the U.S. rights to Mario Van Peebles’ All Things Fall Apart, which stars 50 Cent and Ray Liotta. The flick, which has been screened at several festivals, will release to theaters in early 2012 followed by a home entertainment, VOD, digital and broadcast release through One Village.

UPDATE #2: The official DVD trailer for All Things Fall Apart has been unveiled. Watch the trailer below ahead of the DVD’s February 14th release. 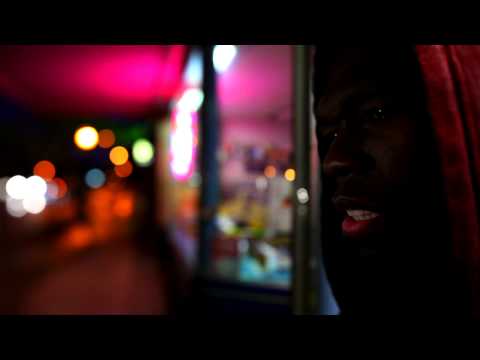