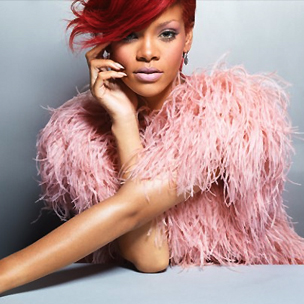 It looks like Rihanna’s “S&M” has gotten her into more trouble. In addition to being banned in over 11 countries due to its racy content, Rihanna is now being sued by photographer and filmmaker David LaChapelle for the use of his some of his images.

According to EurWeb.com, LaChapelle said that “the music video is directly derived from and substantially similar to the LaChapelle works.” He also claims that the video’s director Melina Matsoukas copied the “composition, total concept, feel, tone, mood, theme, colors, props, settings, decors, wardrobe and lighting” of [LaChappelle’s] work.”

La Chappelle says that Rihanna and Matsoukas appropriated eight of his images in the video, including one in which the singer is set against a blue background with a piece of candy in her mouth.

LaChapelle, who directed the 2005 krumping documentary Rize and has photographed covers for magazines like Rolling Stone and GQ, is suing for unspecified damages.

The video for Rihanna’s latest single can be seen below.