Loose Links: The Making of Game's "The Documentary", Cookie-Rap 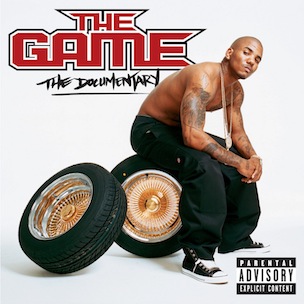 Wowy zowy, today has been one for the books. Have you ever wished people had to put a stamp on emails? If they cost even the smallest amount of money, you’d receive a whole lot less… anyway, we digress. There’s two things we absolutely had to share with you today:

One of the greatest albums of the last decade has to be The Game’s debut, The Documentary. How many albums from ’04-’05 can you listen to, right now, and they sound brand new? Also, that was one of the crowning achievements in Dre’s post-Death Row career to find a talented west coast rapper and make it work. Well, with all the controversy after that album (G-Unit vs. Game fall-out, Game leaving Aftermath, etc.), it’s often lost as far as what it took to make that album. Well, our brethren at Complex.com spoke to Aftermath’s A&R, Dre’s label manager, G-Unit’s then-President Sha Money XL and Game himself to relive the makings of a masterpiece. It’s wild to read Sha Money talk about Game now, as well as to read what these viewpoints agree on in history, and where the stories differ. This is great journalism, and a great reason to put the 2LP with the spoke rim labels on the Technics to close out the workday…

Read “The Making of The Game’s The Documentary” here

Food and Hip Hop is all the rage. We knew, we love both, with the present winter warz gut to prove it. Anyway, GQ did a cool lil’ breakdown of times when Rap meets cookie talk. We can’t say that LL Cool J was talking about Snackwell’s with “Pink Cookies In A Plastic Bag,” by they did break out one of our favorite ‘Ye pics. Oh, on the subject of this… if you want to read some hilarious Hip Hop opinion about cookies, read our ’08 feature that Andrew Noz did with Kool Keith here.

Read “The History of Cookie-Related Rap Music on YouTube” here.