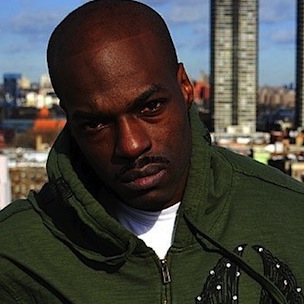 In the late 1990s, Harlem, New York emcee G-Dep was one of the more well-known second generation rappers on Bad Boy Records. After an appearance on Gang Starr’s Moment of Truth album, the patiently-waiting Bad Boy Records artist found success with Diddy and Black Rob on the song “Let’s Get It.” He would release one album on Bad Boy, 2001’s Child of the Ghetto, to limited commercial response.

The New York Post has confirmed that this week, G-Dep admitted that he committed a 1993 robbery and murder in Harlem. The 36 year-old rapper reportedly walked into New York’s 25th Precinct and announced his guilt to what police authorities had called a “cold case.”

The reports say G-Dep was bothered by his conscience in the matter.

After his confession, G-Dep was booked on murder charges and is being held without bail. The paper reports that G-Dep has been arrested more than 25 times since 2003. The Post also has a breakdown of what G-Dep confessed to, and his attorney’s comments on the pending case.

Earlier this year, Media Gasface released a short documentary on G-Dep, called “Night Nurse.” The work was the fourth episode of their “New York Minute” series, and can be seen below: