Peter Rosenberg and Mic Sean Announces Return of "Generation Next" On Thursday December 9, New York’s “Generation Next” showcase returns for another concert at Brooklyn, New York’s Southpaw. After their partnered event with HipHopDX in July, this late-year stage will feature Skyzoo & !llmind, CyHi Da Prynce, Cory Gunz, along with Thee Tom Hardy & 9th Wonder, David E. Beats, Jon Connor and others. The event will be hosted by HOT 97’s Peter Rosenberg.

Filmmaker Jamal McPhee will capture the event in segments of the performances for “season 2” of “Generation Next.” Previously, he’s worked on popular shows The Apprentice and The Apprentice: Martha Stewart.

A trailer and flyer for the event is below: 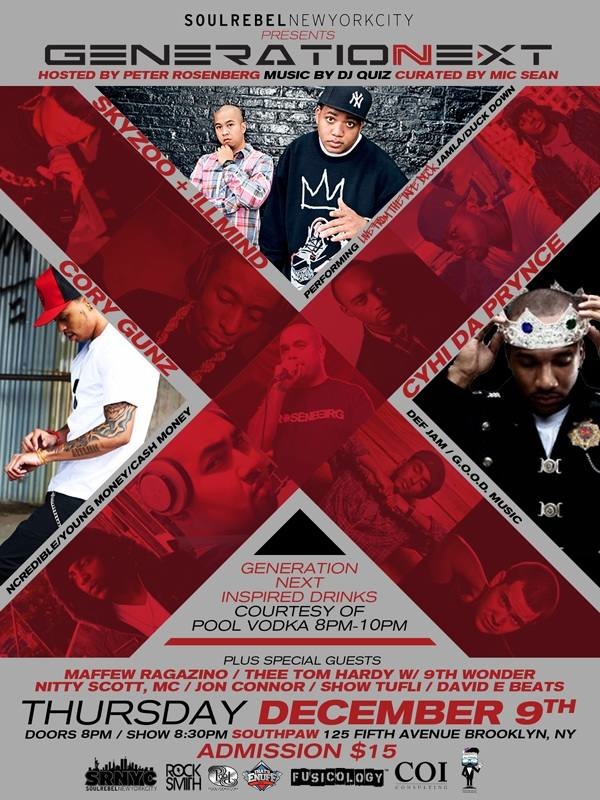