Newark, New Jersey police have arrested and charged Almalik Ward with the murder of Akon’s road manager, Robert Montanez, who was gunned down six years ago. According to reports, Montanez tried to prevent Ward from robbing Capone of C-N-N (Capone-N-Noreaga) outside of a bar in Jersey City. During a recent interview with AllHipHop.com, Rodini Almonacy, a co-Publisher of Promo Mag spoke on the incident.

“It was about 5 of us in front of the spot. We were discussing putting Capone in the magazine. This guy went through us and tugged on Capone’s chain. Capone said, ‘You got one more time to touch my chain.’ The guy was like, ‘What?’ That’s when Screw [Montanez] came in between them.”

According to Almonacy, a fight broke out that resulted in gun shots to Montanez’s chest.

“The guy who shot him wasn’t threatened; all he had to do was walk away. Not only did he try to take the chain, he shot somebody,” Almonacy added. “I think it was premeditated and they were scheming on Capone.”

While police say that Ward has been a suspect in the incident, witnesses recently identified him as the shooter. 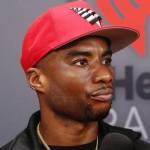