“We think we can do more, market books in a new way,” Bryan “Birdman” Williams told the Journal. “We want to put out five or six books a year.”

The announcement comes on the heels of news that Cash Money’s flagship artist, Lil Wayne, may publish his prison journal entries. However, Cash Money has already secured the rights to the Iceberg Slim memoir, Pimp. The first release, Ibn Bashir’s Raw Law: An Urban Guide to Criminal Justice, is scheduled for a February 2011 release, and it will be followed by the Wahida Clark’s original novel, Justify My Thug.

After signing a $30 million pressing and distribution deal with Universal Records in 1998 some of Cash Money’s business ventures outside of the music industry have been hit or miss. Earlier this year Bloomberg furnished phone numbers and addresses that insinuated Cash Money’s Bronald Oil & Gas LLC was a shell corporation. Additionally, Miami Dolphins representatives also shot down Birdman’s claims of being in negotiations to purchase a minority stake in the NFL franchise. But Atria Publisher, Judith Curr was able to verify the reports of the book deal, and she also praised Cash Money for their expertise in appealing to their target audience.

“You’re going to see TV commercials, billboards, and plenty of YouTube videos featuring artists and writers talking about books,” said Cash Money attorney and business manager Vernon Brown. “Our books will also be sold at our concerts. When you’re out in front of 18,000 people, some will buy books, some not. But right now many of those fans aren’t being told what books are great. We’ll do that.” 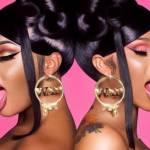