Last month Swizz Beatz took to Twitter to announce an upcoming partnership with legendary car company Aston Martin. The tweet said, “@astonmartin & therealswizz is about to put something on the streets you can’t deny! Coming soon follow @astonmartin.” Now the super-producer is unveiling some more information.

In a recent tweet Swizzy revealed a shot of himself looking over some photos and a model of what looks to be an all new Aston Martin. Details about how involved Swizz Beatz was with the design and creation of the car are still unclear but from the looks of the photo he seems very dedicated.

Beyond his work with Aston Martin 2010 has been one of Bronx producer-rapper’s busiest yet. Earlier this year he married superstar Alicia Keys and the couple are expecting their first child this fall. In addition to that, Haute Living Beatz’s sophomore release is still set to drop this year. (October 15)

UPDATE: Swizz Beatz provided fans with an early glimpse of the upcoming Aston Martin, which he’s had a hand in consulting. 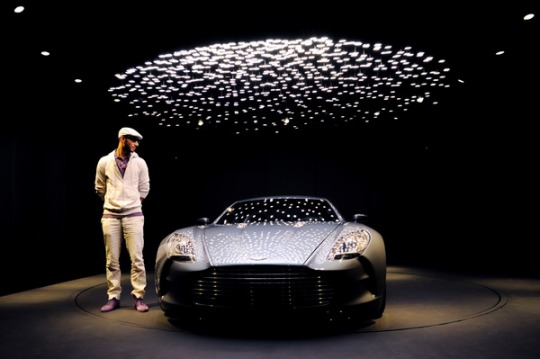