Yo Gotti Reveals Tracklist For "Live From The Kitchen, Due January 10, 2012

Memphis, Tennessee rapper Yo Gotti has been a staple in the independent Hip Hop community for the last decade. Although he’s achieved success with the now defunct label TVT Records, the rapper, who was among the first to release material with Nicki Minaj, has yet to have a major label album.

Now signed to J Records, Gotti will hope to change this on December 21, 2010. Live From The Kitchen is has been announced, by Amazon, to release then. The release was once said to have production from Drumma Boy and J.U.S.T.I.C.E. League.

Less than a year ago, Gotti told HipHopDX, “My main focus with the album is to try and make it a classic. I worked with so many producers [that] I can’t even remember all of them. J.U.S.T.I.C.E. League, [DJ] Toomp, Drumma Boy, Cool & Dre, and a whole bunch of up and coming producers. I got a track with Rick Ross, I got a track with Lil Wayne. I’ve recorded close to 100 songs, and we’re only going to pick 16 for this project so we’ve been putting in a lot of work.”

UPDATE: Yo Gotti has released the album cover for his oft-delayed album, Live from the Kitchen, due later this year (via HHNM). 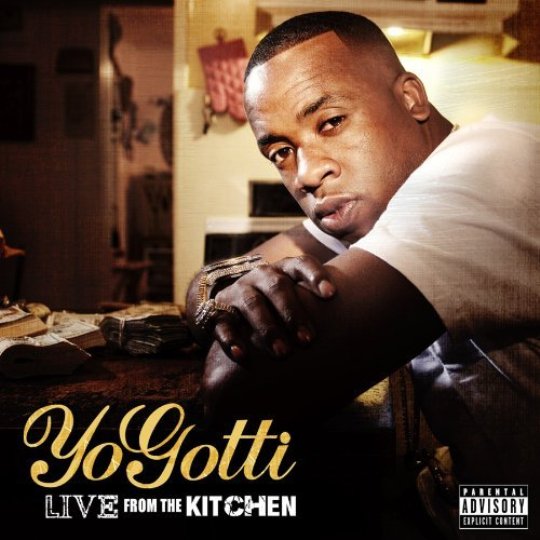 UPDATE #2: A spokesperson for Yo Gotti revealed that Live From The Kitchen will release on January 10, 2012 on RCA/Polo Grounds Music. The album delayed for nearly two years will reportedly feature Big K.R.I.T., 2 Chainz and production from Shawty Redd, among others.

Gotti is said to be releasing a promotional mixtape titled January 10th before the release.

Check the tracklist for Live from the Kitchen below.