Jay-Z was recently spotted out in Omaha, Nebraska at the Hollywood Diner to chat with billionaire investor Warren Buffett and Editor-in-Chief and publisher of Forbes magazine. Although Forbes magazine is keeping tight lipped, the resulting conversation of this meeting is apparently set to appear in the magazine’s upcoming “400 Richest People in the World” issue.

To some, the trio of Buffett, Forbes and Hov may appear strange, reports indicate that the Roc Nation emcee is apparently worth an hefty $150 million. Although that’s close to $900 million short of making Jay eligible for the magazine’s list, it has led many to speculate that the three moguls “…talked about some of Buffett’s favorite topics: money and philanthropy.” (Omaha.com).

A full-sized version of the low-res image can be seen below, courtesy of VladTV. 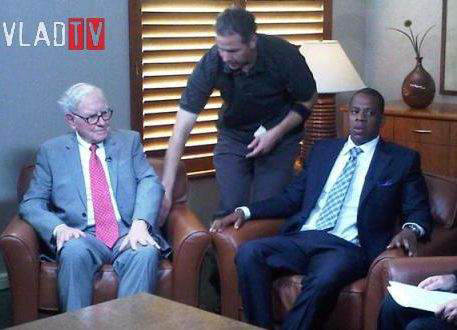