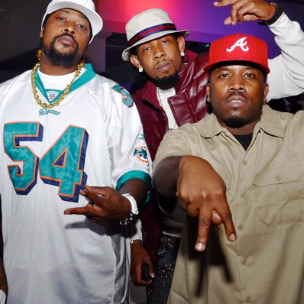 Last week, it was confirmed that Khujo Goodie of Goodie Mob was facing a two-year sentence for an as-of-now-undisclosed criminal offense.

Yesterday (July 20), Big Boi revealed via his Twitter account (@therealbigboi) that his fellow Dungeon Family member has been freed.

“Khujo Goodie Will be FREE Today thanks to Daniel Cane, the D.F. And Jesus !!!” wrote an ecstatic Big Boi. “GIVE THANKS! We just got khujo out of jail. They can’t stop what GOD HAS planned. MIGHTY DF. The FOUR HORSEMEN RIDE AGAIN”

Big Gipp (@GippGoodie) also got his say in the matter, Tweeting, “THE MOB DID IT!! SHOUTS OUT TO BIG BOI..WE BROUGHT KHUJO HOME TODAY.THE MAN NOT THE DOG WILL SLEEP N HIS BED TONIGHT!!”

Currently, there are no details on the alleged crime, or how Khujo was released.