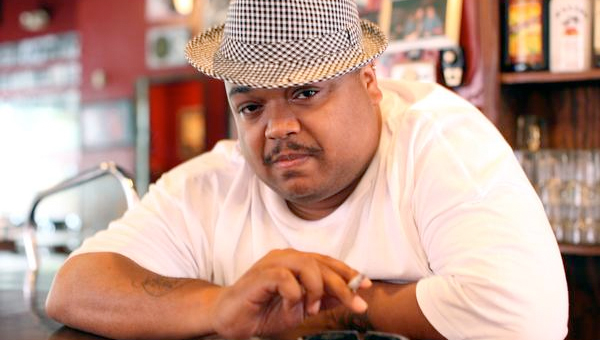 Due May 18th, D12 emcee Bizarre‘s latest album, Friday Night At St. Andrews is a thematic return to a popular Detroit Rap venue, and the carefree, spirited fun it promoted. In addition to local emcees such as King Gordy and Royce Da 5’9″, the album will also include Yelawolf, the Alabama artist who Bizarre personally sought out to work with. “Yelawolf, I had heard the song [‘I Wish’

] with him and Raekwon, and I heard the song [‘Mixing Up The Medicine’

] with him and Juelz [Santana], so I liked his vibe,” Bizarre told HipHopDX earlier this month. Bizarre, who spends a lot of time in Georgia, had a chance meeting with the Interscope hopeful. “One day he came by the studio in Atlanta and we ended up just hookin’ up, and just doin’ a song. What I love about Yelawolf is that no matter who he gets on a song with, he represents the redneck, country, backwoods of Alabama. [Laughs] He’s just giving his point-of-view, on a lot of stuff that I didn’t really know about the country lifestyle that he informed me on – and I kinda put him up on Detroit. That’s what the song is all about, it’s called ‘To The Left.'” That track joins 18 others in Friday Night At Saint Andrews full tracklisting, posted below.

As a decade-plus veteran, Bizarre’s answer about meeting and working with Yelawolf in the ATL led to a question on the importance of working together in person, amidst an Internet/file-share era. “It makes a big difference, man,” asserted the former Vh1 Celebreality artist. “Actually, to be honest with you, on [Friday Night At St. Andrews], a lot of the appearances, besides Redman, that were supposed to be done through Pro Tools or were sent [over email] never worked out. I’m a believer in face-to-face [recording] – vibin’ at a studio together. [With] D12, [Eminem [won’t] let us do that as a group. We still believe in the old tradition of being in the studio together, vibin’.” Notable artists on St. Andrews include Tech N9ne and Bonecrusher.

Lastly, Bizarre was asked about the track “Air Strike”

(featuring D12 and DZK) from Canibus‘ early 2010 release Melatonin Magik. As Bizarre had previously revealed that the “diss” was in fact sold from an undisclosed Midwest rapper to Canibus, Biz was asked if the New York emcee violated the same principles that was at the root of his epic feud with LL Cool J. “I honestly thought it hilarious. It was funny,” said a nonchalant Bizarre. “Just ’cause we had to re-think, re-trace throughout the lyrics, ’cause [that verse] was actually a guest appearance – a song we did on some dude’s album who was from Indiana. It was really hilarious to me. I thought it was quite creative, how he chopped it up, that took some time to make it sound the way he sounded. That’s all I think about it. Other than that, I ain’t really thought about the record with Canibus.”

Beyond just an after-thought update to a top-of-the-decade verbal jab exchange between and Em and ‘Bis, Bizarre said that Rap beefs are below his pay-grade. “I’m really chillin’, man. I just finished that lil’ beef with Haystak, man,” said Bizarre. “So I’m really chillin’, man, because I just realize, at the end of the day, what a lot of these fans don’t know is these rappers don’t be seein’ each other, man. They live millions of miles away from each other, in different states.” He drove in his point further, saying, “A lot of these Rap beefs, they be fraudulent. I’m really about who can make the best music. Who can make something that’s meaningful, man. I don’t want to make my career based off of who I dissed or who dissed me or whatever. That’s wack, man. I’m from Detroit, so we have problems of our own, just in the city alone, just to be talkin’ about a rapper that I’ve never seen before, that might live millions of miles away from me. I think the beef Rap is dead, unless [the parties] try to get together and settle it physically.”

The present tracklisting for Friday Night At St. Andrews is as follows: