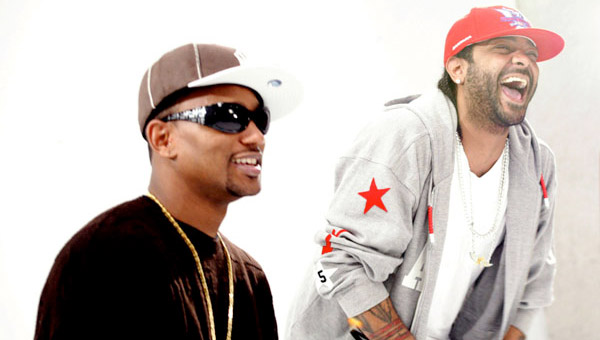 Miss Info reports that last week, she received phone call from one-time Diplomats co-CEO Jim Jones featuring a public apology to Cam’ron and likely ending the three-year rift within the crew. In a conversation, which apparently took place in Cam’ron’s car, Jones claims responsibility for the rift between himself and Cam, saying, “The business of the Diplomats could have been fixed before. But by putting my emotions out in the public, it only made things worse. And of course, some of us became bitter about it.”

With each member now focusing on solo projects, Cam’ron added that no new material has been recorded, but he and Jones were “working out the mechanics” to see what could happen.

So far, there has been no word from Juelz Santana. During a 2008 interview with HipHopDX, Juelz voiced his displeasure over how his Def Jam contract was handled, but also remained hopeful things could be resolved.

“I tell people, there’s no hard feelings with Cam” Juelz said. “The business wasn’t right so I couldn’t continue, but it’s still Diplomats for life. I always tell fans it was the business that wasn’t right. As some of the fans get older, I hope they’ll understand that. I hope everything does come to a place where we can get back together in a room and do what we gotta do. But as of now, it is what it is.”

DX will provide more news on the possible reunion of the Diplomats as it becomes available. Miss Info’s entire call with Cam’ron and Jim Jones is available here.