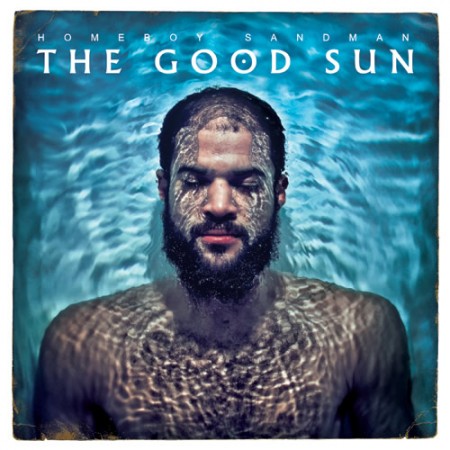 DXnext alum Homeboy Sandman has been at work on his official label-debut The Good Sun for several years. HipHopDX just learned that the release will see the sun at last this June 1st. High Water Music will put out the Queens, New Yorker’s album, which features highly-respected, platinum producers Psycho Les of The Beatnuts, DJ Spinna and Ski Beatz, among others. Guests include label-mates John Robinson and Fresh Daily.

The June release is supported by lead-single “Not Pop,” with supporting songs dealing with the former public school teacher’s stance on society, violence and the environment. Check one of the album’s songs, “Angels With Dirty Faces”

. In 2008, Homeboy Sandman self-released Actual Factual Pterodactyl, which helped lead to his signing.

“The sun is rising and it’s a new day. Illumination is on deck,” said Sandman. “It’s been a long night, like one of those Alaskan Polar six month nights, or that zombie movie where it was night for a month. There’s been heavy zombie activity taking place, but here comes the sun; finally.”