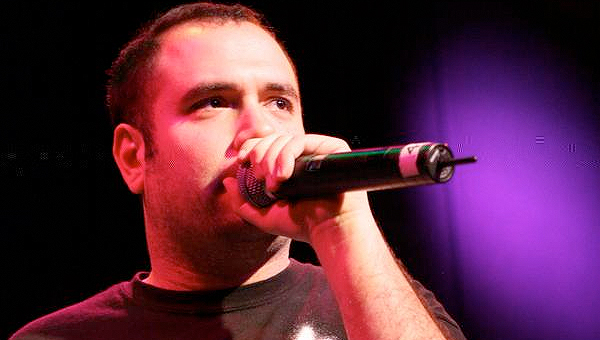 1If Vh1 ever ran out of washed up Pop stars to put on reality shows and wanted to do “I Love The ’90s” Hip Hop style, you could count on Pete Rock being there right alongside an African American College Alliance hoodie. As tempting as it is to get all nostalgic when “Soul Brother Number One” christens the return of Peter Rosenberg’s Noisemakers series to New York, sometimes a reminder is order that Pete Rock is just as active as ever.

With rumors circulating around the Internet about Pete Rock lending his production and deejaying expertise to Kanye West’s tentatively titled upcoming album, Good Ass Job, this is the perfect time to pay tribute to the man who changed how we think of adlibs, sampled the horns from “Today” by Tom Scott and the California Dreamers. So can Rosenberg get him to give up the goods?

“Pete has a couple really big things up his sleeve, some of which I hope he publicly reveals at Noisemakers,” Rosenberg offered. Here’s hoping. If nothing else, Pete Rock is featured on Sadat X’s latest, Wild Cowboys II, offering the closest thing we’ve seen to an Brand Nubian and Pete Rock collaboration since the “Slow Down” remix.

And “remix” will be the word of the day when this particular session of Noisemakers takes place on April 7 at the 92YTribeca. There should be plenty of material to play for the live audience, with Pete Rock crafting memorable re-creations of everything from Monica’s “Before You Walk Out Of My Life,” House of Pain’s “Jump Around” and a particular Public Enemy cut which Rosenberg has an appreciation for.

“I never played the original ‘Shut Em Down,’” Rosenberg adds. “It was cool, and it definitely meant something, because it had a feeling to it. But Pete’s version takes that feeling and enhances it to the point where you practically tear up by the time Chuck [D] gets to that first line and says, ‘I Testified…’ Even the ‘Hold it now!’ at the beginning has a different feel coming in off those horns.”

Between his current catalogue, his work with Marley Marl on the “Future Flavas” show at Hot 97 and two classic albums with C.L. Smooth, there should be no shortage of topics to talk about. And if nothing else, two generations of Hot 97 deejays can compare who has more nicknames.

Noisemakers with Peter Rosenberg Featuring Pete Rock takes place at the 92Y Tribeca on April 7, and doors open at 7:00 p.m. Tickets, directions and more information on the event are available at the official 92YTribeca Web site.