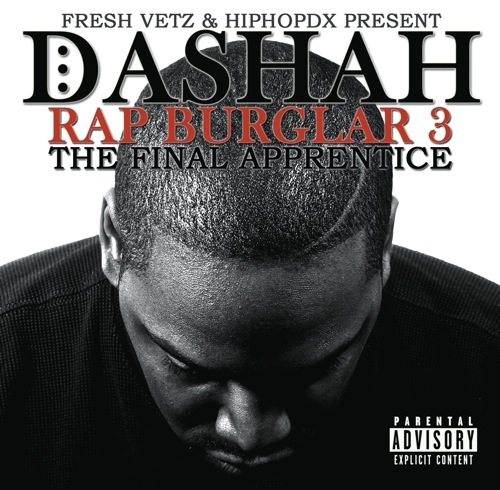 Rap Burglar 3 features production from DJ Pause and Natural Diggers, who worked with Long Island emcee on previous volumes in the series. DJ Pause was behind Dashah’s “So Good”

which you can preview on DX.

“With Rap Burglar 3 I wanted it to make it more 2010, but still Hip Hop, it has elements of the ’90s era but not as much as Rap Burglar 2.5. It’s not as nostalgic. The production’s a little more direct and harder, but I has a slight soulful feel to it. That was probably the only criticism I got on the 2.5; that it was too ’90s for people. I worked with more artists on this one too, Chilo is my brother, we basically started rhyming together back in junior high. Dynasty is an incredible emcee that I knew for a long time, she was on my first album back in the days. I met my dude Roushi through my girl when he came to visit from Japan. He’s like the Japanes version of Nas, very political and gifted. I visited Japan earlier this year, linked up with him there, we rocked a show together, I got the track from him, and the rest is history.  Chris Warrior is another beast, he produces, sings, writes. I met him when I was living in Cali back ’03. Solo for Dolo is another talented emcee, he can rhyme about anything, and Im glad to have worked with him on ‘Protein Barz’,” Dashah told DX. “Overall I want people to know I’m a well-rounded emcee, and this album is a testiment to that! I’m consistent too, I’m a just keep hitting the masses with music until the give me my respect.” 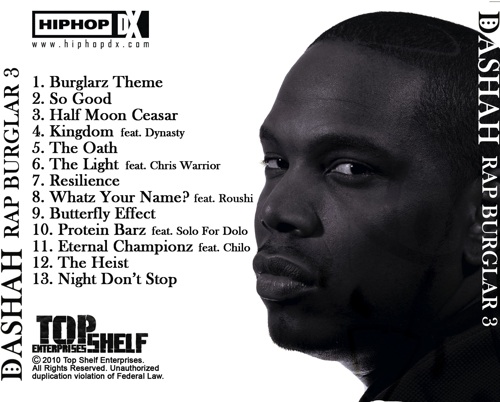