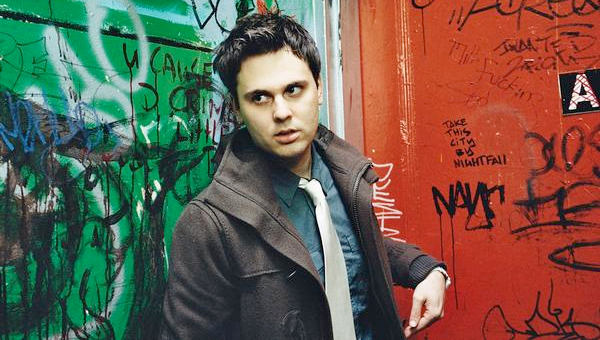 New York emcee/singer Outasight is one of the first, from a class of talented Big Apple peers, to sign a major label deal. Last month, he signed with Warner Brothers/Asylum, joining Cam’ron and Talib Kweli as the traditionally southern Rap label’s New York artists.

It could be safe to assume that part of the reason he attracted the label’s attention was his December mixtape, Further, sponsored by L-R-G Clothing. The free download EP boasts a booming single, “Catch Me If You Can,” a coming out party for Outasight and longtime New York collaborator 6th Sense. “It started off when 6th [Sense] sent me that beat. It wasn’t exactly [mixed in] that format [you hear on the record today], but I heard that. That bass. That vibe. I knew, oh my God, this is gonna be a monster. It just clicked from the first time I heard. [6th Sense] was like, ‘This is cool.’ He just sent it along; he wasn’t even that hyped about it,” Outasight told HipHopDX. “For me, the vibe I felt [had] this Classic Rock undertone to it. I grew up listening to The Doors and Led Zeppelin, and I kinda just felt like gettin’ my [Doors’ vocalist] Jim Morrison on, in a sense. Then, all of a sudden, I just wanted to kick a couple bars.” Outasight says that despite the song’s polish, it was not tasking to make. “I’ll tell ya, I wrote that song in like a half hour. And I recorded that song in an hour. It was such a natural process. It just came out so quickly, and really was just dope.”

With a trailer alluding to a video and a strong Internet response, Outasight was asked if “Catch Me If You Can” will make his album. “Definitely,” he affirmed. “What we’re doing right now is, we’re taking that record and a couple other records from Further and we’re putting two new records on a digital release on iTunes for March: the Further EP. We have the video [releasing March 23], and are definitely going to try to debut it on TV and stuff, and try and run with the record. I think it’s a great introduction for people who might not have heard my music yet to see what it’s all about, ’cause it’s such a mixture of things.” The Further EP will release next week, as Outasight takes his show to Austin, Texas’ South By Southwest. The free-turned-retail release is the latest on a trend that includes Drake’s So Far Gone

and U-N-I‘s A Love Supreme.

At this juncture in his career, Outasight prides himself on his grassroots trajectory. “What I’m really proud of is just the organic process of which I’ve came up to the game. I definitely have a long way to go, but I’m proud that I haven’t really had any big name cosigns or collabs and have been able to get where I’m at. Cosigns is a lot these days, so if you don’t have that, it’s just a reliance on good music.” Looking at his New York peers, ever-eager to get on as well, Outasight said, “I wish success to every person, and I think there’s enough room for everybody out there.”

Although Further may have begun as free download, the project is very telling of Outasight’s musical gifts and image, right down to the art layout. Asked about the mixtape’s front and back cover art, the emcee said it was all symbolic. “That’s a good question. Really, my photo inspiration was Bob Dylan. I’ll always love some of the photography that was taken of Bob Dylan during the ’60s. It had this raw edge to it, it was very natural though. I hollered at my friend [Faz] who was a photographer and said, ‘No digital, all film. We’re gonna use black-and-white. And we’re gonna hop in a cab, and we’re gonna go down FDR, along the bridges, and we’re gonna take some shots. Then we’re gonna go on the [Staten Island] Ferry, and the New York Public Library.’ And we just took all these candids, and I thought it really reflected ‘Further‘. [The title] is about taking the listener, taking myself further. There you have it: me in the backseat of a car, with the bridges and it was pretty symbolic.”

Although Outasight might be label-mates with Shawty Lo and OJ Da Juiceman, he feels he’s a great fit for the historic imprint. “That’s what caught my ear when we started talking and having an open dialogue about maybe creating a situation. They’re definitely known for southern Rap, puttin’ ATL and Houston on, no doubt. That’s a remarkable thing, but they have a very rich history. What’s really dope is they came to me and really enjoyed what I was doing. It’s something maybe a little different for them, but they get it. And that’s an important thing.”