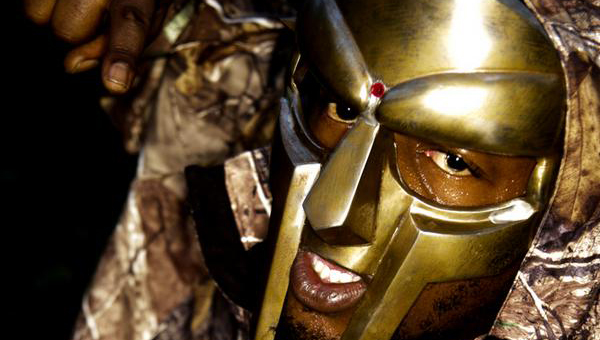 DOOM has been causing quite a stir with his live act. For some time now, it has been speculated that he sends impostors to concerts, something that allegedly took place in Chicago earlier this year. That show was part of a three-city mini tour with Mos Def that also featured stops in Toronto and New York, handled by different promoters. Recently, the promoter for the Toronto show took some time to explain how the concert was organized and how DOOM’s alleged impostors are a part of an “intentional” plan.

The first of these shows took place in Chicago as DOOM received an unfavorable reaction from fans before leaving in the middle of the set. Once again, people assumed it was a fake DOOM and speculation and confusion started to grow.

According to the promoter, who spoke with Toronto’s Mixtape Massacre radio show, DOOM later apologized to Mos for that evening in Chicago, saying he was sick, among other things. Mos Def, questioning the possibility of a failed show in Toronto and New York, backed out of both dates.

“I got the call two days before the show and [Mos Def] was like, ‘I’m sorry to do this to you [but] I can’t do this. I feel for Toronto, I’ll make it up to you.’ We’re actually talking about a make-up show just one his own. He’s like, ‘I can’t be a part of this…because if it happens again, I’m in on it and I don’t do that.’”

New York’s show was cancelled as a result of Mos Def pulling out but DOOM’s people ensured Toronto’s promoter that DOOM would appear, adding that “he was pretty well paid for the show, almost upfront,” so the show in Toronto was still on.

While speaking with DOOM’s road manager, he said he found out that this is all a plan. “This is DOOM’s loophole,” he said, adding that DOOM’s road manager replied by saying DOOM always goes to the shows, insinuating that Daniel Dumile, the man behind the mask, doesn’t always necessarily have to show up, as long as someone in a DOOM mask does.

“They’ve been doing this. It’s all intentional. I’m like, ‘I’m all for art but there’s a better way to do this. What you’re doing is bordering on fraud.’ [DOOM’s road manager said], ‘We always say DOOM’s coming.’ But, the perception! That’s what I’m talking about.”

“What people saw, what happens with him is not a mistake. It’s engineered. What goes on…This whole thing, he likes that. This is the whole plan. He likes attention and he likes that confusion he causes with people.”

That confusion led to a start that had fans booing at the Toronto show. A fake DOOM first entered the stage to perform to a confused crowd but the real DOOM soon followed.

Still, the Toronto show went on later than expected and resulted in mixed reaction from the crowd according to some fans at the show. The promoter says that he personally made sure Dumile was present. Nevertheless, he adds that the show wasn’t as successful as he had hoped it would be.

“To add insult to injury, his show was, let’s put it this way, sub-par,” he added.

In his interview with HipHopDX last year, DOOM explained how he viewed “impostors” and this whole situation.

“Here’s how I look at it, because the wording in there is kinda funny. ‘Impostor.’ Impostor would imply that the character. I liken it to this: I’m a director as well as a writer. I choose different characters, I choose their direction and where I want to put them. So who I choose to put as the character is up to me. The character that I hired, he got paid for it. There’s no impostor. …When I go to a show, I’m going to hear the music. I’m not going to see no particular person….Any cats that are coming to see me as a physical person, I can switch the [actor] any time. I’m not gonna play the part of that character every time. Like how [actors] changed through the Batman series, where it was George Clooney [and] it switched like five [other actors].”

“…So when you come to a DOOM show, I’m letting all the cats know now, come to hear the show and come to hear the music. To see me? Y’all don’t even know who I am! …Technology makes it possible for me to still do music and not have to be any particular place. I’m using all that. I’m using every aspect at my disposal to project my creative thoughts. Either people gonna get it or they not. But I’ll tell you one thing, if you’re coming to a DOOM show, don’t expect to see me, expect to hear me or hear the music that I present. And it’s gonna be a unique experience every time. So that’s all I have to say about that.”

A video of the fake DOOM and the real DOOM is below.