Decon Records and Duck Down Records announce the Crowd Control Tour. The month-plus-long tour features Duck Down artists Kidz In The Hall, who will be releasing their third album, Land Of Make Believe next month. Along with Naledge and Double O is 88-Keys, a veteran producer and emcee, whose 2008 debut The Death Of Adam was executive produced by Kanye West.

The opening acts for the tour include the Fool’s Gold/Atlantic Records artist, a DXnext alum, Donnis. Also on the bill is Decon’s Izza Kizza, who has been introduced as a protege of both Timbaland and Souldiggaz.

here, featuring all four acts on the same song.

The tour dates are below: 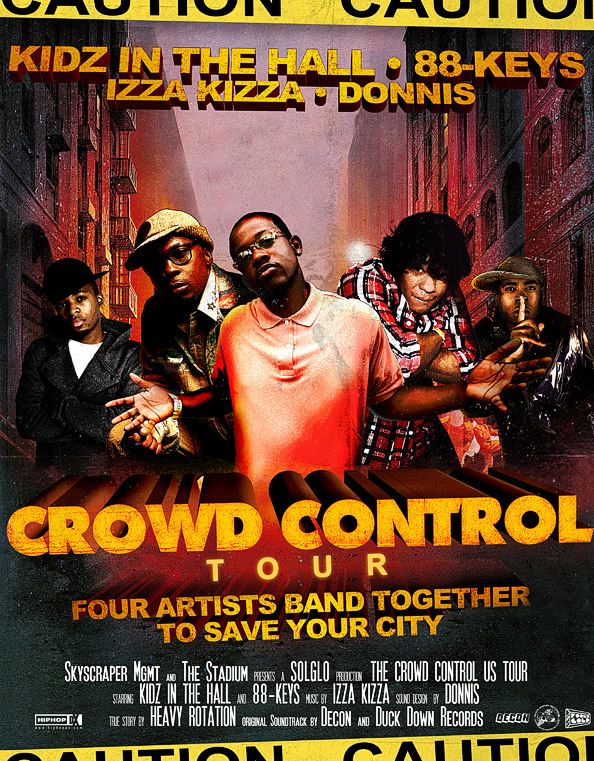