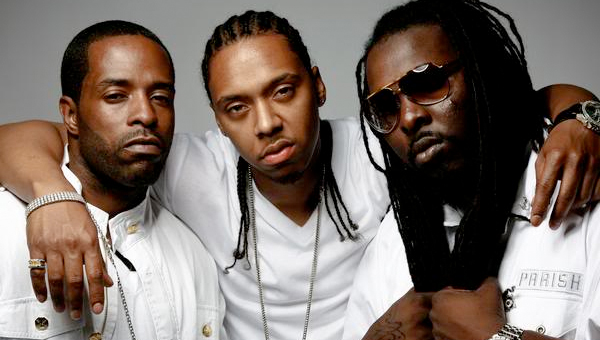 The L.E.P. Bogus Boys have spawned from a street movement throughout the last decade. The Chicago trio of Count, Moonie and Bigg Rugg remains unsigned, but the group from the Harold Ickes Housing Projects is already getting support from national acts ranging from Jim Jones to Yukmouth (“Yellow Tape”

Count, with a quiet Moonie, spoke to HipHopDX recently to talk about their contribution to the Windy City’s Rap legacy. “To be honest with you, I think we’re in a different lane – the new class of valedictorians of this slab,” Count asserts. “There’s a lot of people that might be graduating, or have graduated, but we’re the valedictorians of this new era. You’ve heard from a lot of genres and styles out of Chicago, but you still haven’t heard from our environment, which has actually influenced all facets of life – from the gang culture to whatever.”

The Low End Professionals have a history tied to the streets. Moonie recently returned from a five-year prison sentence. Count says that based on history alone, Chicago deserves a place in the lineage of Gangsta Rap. “Crips and Bloods, all that started in Chicago. A guy by the name of T. Rodgers took it to L.A. in ’67, ’68, somewhere around there. And it blew up. [Rap listeners] have heard from every element but the streets.” With songs about hustling, robbery and the decayed surroundings of some of Chicago’s neglected neighborhoods, the streets are alive in L.E.P. Bogus Boys’ music.

Although the trio is definitely Gangsta Rap, Count, with Moonie agreeing in the background, recognizes the differences between the street organizations of yesteryear and today. “They had a cause and a reason back then. Now, it’s just something to do.” He continues, “Back then, gangs were started with a purpose and a reason – to protect blacks in our neighborhoods from the white police officers and the whites that would come into the neighborhood and beat blacks up, or do us any kind of way. Gangs defended us. When they started putting drugs and money into the community, which we were not accustomed to, it turned to something else. It birthed greed and selfishness.”

The Low End Professionals hope to end that greed and selfishness. The group pounds their chest in proclaiming that they remain primary sources for street science at a time when Hip Hop uses hearsay to talk about dirt. Moreover, Count says that he and his brothers are the voice for the uncounted heads of both their city and the nation.

Rooted in Chicago, the unsigned act has been performing the States for the last several years. In particular, the group has a large following in North California. “From Oxnard to Oakland,” says the unofficial leader, recalling doing spot date shows consistently for $2,500 to build a base. Count admits that the show fees may have been small, but those early appearances were seed money for the L.E.P. to purchase tour vans, before recently purchasing a tour bus.

With six videos shot between January 1 and February 1 of this year, the L.E.P. movement pushes hard into the new year. “The labels better put their money where their mouth is,” says a confident Count. The group is already functioning better than some of the competition without the paperwork.