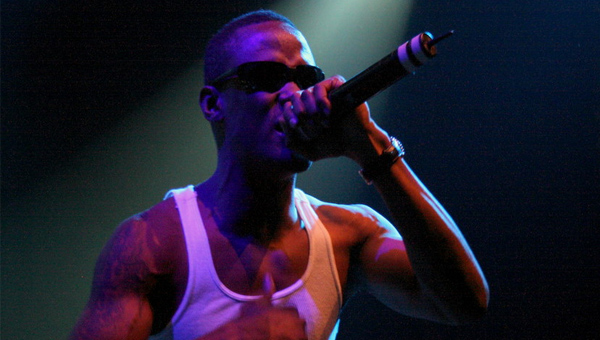 In 2004, veteran emcee Canibus was profiled in the QD3 film Beef II for his legendary battle with LL Cool J. The popular DVD release, which now frequently airs on the Fuse network was instrumental in making the facts know of the historic battle that took place within the same song (LL Cool J’s “4, 3, 2, 1 Remix”) with commentary from Kool Moe Dee, PMD, Redman, Method Man, KRS-One and Canibus himself. LL Cool J, who enlisted QD3 as a producer on early ’90s albums, did not participate.

Canibus is releasing Melatonin Magik next week (February 9th) on RBC Records. On the album, which features Professor Griff of Public Enemy, Copywrite, K-Solo and Blaq Poet, Canibus speaks candidly about the Beef II DVD experience, and why he believes he was exploited.

On a  song called “The Danger of Judah” and features some brief exchanges with Professor Griff. The third verse addresses Canibus’ thoughts on the Beef experience.

“Put my name on the black-list, ’cause I don’t dick-ride nobody in the industry / Where’s the fuckin’ empathy? / I been through so much treachery / Most of the best emcees disrespectin’ me / Tried to get the best of me / Never tried to rescue me / Or help me with the recipe / What do they expect from me? / Stressin’ me / Questionin’ me to address the beef / I rep Hip Hop, Hip Hop don’t rep me / I never got a penny off that Beef DVD / You mean all that money went to QD3? / I should have slammed the door in his face / If I was a different nigga, I’da been caught a criminal case / The best word to describe what you do to Hip Hop is ‘rape’ / ‘Cause you don’t care about Hip Hop’s fate / You sit around the tables, and say Grace / Eatin’ steak / While you live like kings and treat kings like apes / Owe Michael Jackson money, and still on the take / And Tevin Campbell’s money, the greed is so great / You probably dance around the mansion, like Circ De Soleil / Everything is paid for, you don’t have to pro-rate / I ain’t hatin’, I’m not hatin’ / I’m just sayin’ / You makin’ money off the next man’s struggle, right, and can’t pay him / Then make millions off them Beef DVDs / But didn’t pay K-Solo or Eazy E / It’s called Blaxploitation / Another one of Canibus’ paranoid statements / That’s why I’m famous / I’m just tryin’ to tell niggas how the game is / Beef to Hip Hop is just aimless entertainment…”

A clip of Canibus’ segment on Beef II can be viewed here, courtesy of QD3 Entertainment.