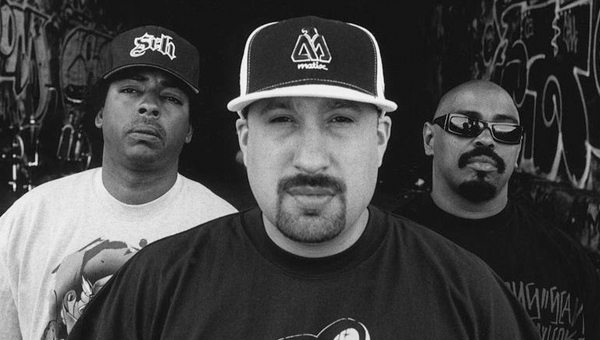 This morning it was announced that pioneering Latino Hip Hop group Cypress Hill will release their April 6th album RISE UP through Priority/EMI Records. This is the group’s first album in six years, and the first Priority signing since Snoop Dogg assumed role of Creative Chairman of the historic Rap label presently celebrating its 25th anniversary.

“My role as Creative Chairman of Priority Records has put me in the driver’s seat to help revive the most important west coast hip hop label,” said Snoop in a statement this morning. “As such, I’m excited to announce my first signing as Cypress Hill. Cypress Hill is undeniably one of the most important Hip Hop groups in music history, not only are they incredibly talented and the first Latino Hip Hop group to go platinum, they are also from the west coast-so this signing is the perfect marriage.”

RISE UP was recorded over the course of the past three years at B-Real‘s studio, The Temple, in Los Angeles. “Making this record was so much fun,” said Sen Dog. “It felt like the first record we ever made together. We recorded whatever we wanted to with no musical boundaries. And having the chance to work with one of my favorite guitar players of all time, Tom Morello, was amazing. I always knew we would make some kickass music together.” Morello is best known for his work with Rage Against The Machine, though he’s played with Rap acts dating back to KRS-One and Run-DMC.

“We took a little break after the last record to work on individual projects,” added B-Real. “Both Sen Dog and I wanted to put out our own solo records, which we had been working on for some time. And though we were doing other things, we each kept ideas in mind for Cypress Hill and would go into the studio periodically to record. It was great to work at our own pace and without a deadline hanging over us. We’d get together at my studio and record whenever we felt that burst of creativity. It was an amazing way to work and resulted in what I think is our best record yet.”

Earlier this week, Snoop announced that Priority will re-issue three classic catalogue albums as part of the “U.S.D.A” series.

UPDATE: The confirned tracklisting is as follows:

In related news, Cypress Hill completed Leakers Of The Funk

with the LA Leakers. You can stream and download here.