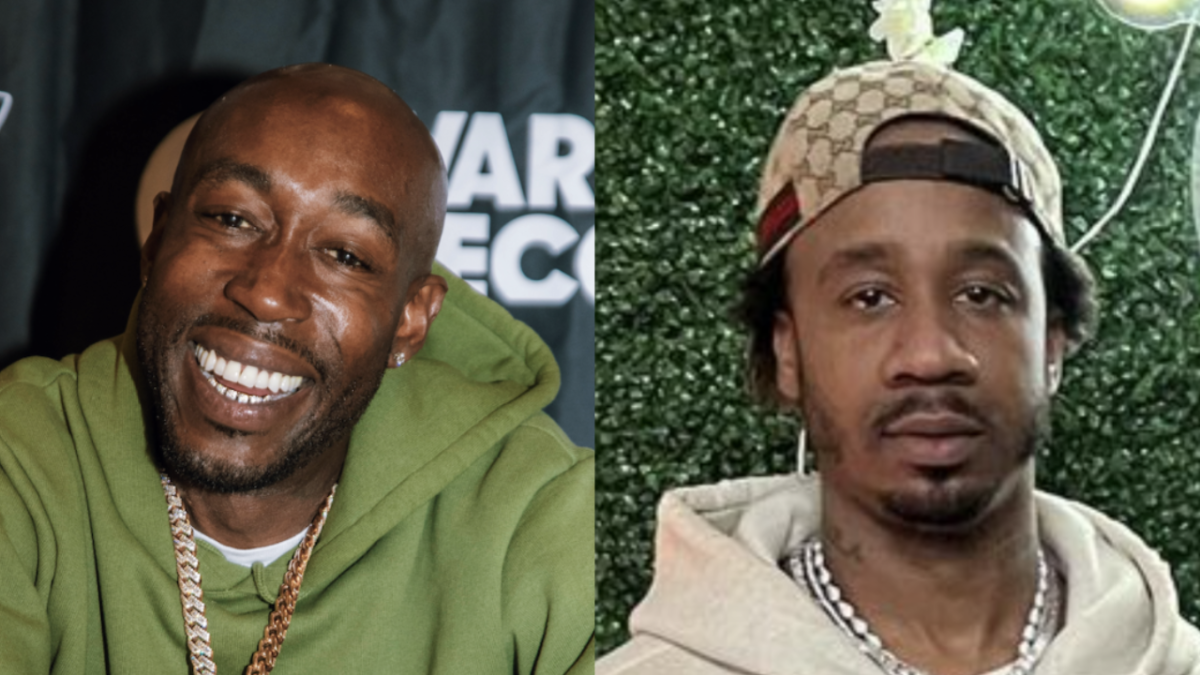 Freddie Gibbs has made it clear he doesn’t care enough to bury the hatchet and make good on his feud with Griselda honcho Benny The Butcher.

In a new interview with XXL, Gibbs overrode his publicist’s objections to any questions about his beef with Benny and explained he “couldn’t care less” to “solve a beef” with the Buffalo native as he looks to level up his career through other avenues.

Freddie Kane continued: “I’m so far removed from that bullshit in the streets. I’m about to be an esteemed actor and a mogul. I couldn’t care less about any of that stupid shit. To me, those guys are like comedy. I make jokes of these guys like that. And that’s why guys like that want to fight because they a joke to me. I don’t even take guys like that serious.

“So, I don’t care to squash no beef with nobody. You could hate me forever, and that’s fine with me because you insignificant. In general, with anybody. I mean that for any rapper.”

The Grammy-nominated rapper and Benny’s issues first became prevalent to the public eye in April 2022 after the pair of rhymers exchanged disses in a heated back-and-forth on social media.

The incendiary comments eventually led to a physical altercation when Benny and his BSF entourage jumped Freddie Gibbs while he was at a Dinosaur Bar-B-Que restaurant in Buffalo before a show.

Benny The Butcher continued to taunt Freddie throughout the summer by posting videos while rocking a Gibbs chain and then posting explicit photos of the Indiana native’s girlfriend performing oral sex.

Freddie downplayed his brawl with The Butcher during his stop at The Breakfast Club in October following the release of his $oul $old $eparately album.

“All the incidents you see, I was just eating with my girl. I don’t go out trying to start nothing with nobody… I like to fight… Either time could’ve been bad, but everybody naming these rappers and stuff but ain’t no rapper ever hit me,” he explained.

“I’ve been in way worse situations than that. I can’t control if you bring 30 people to a restaurant with a camera crew to humiliate me but you end up losing.”