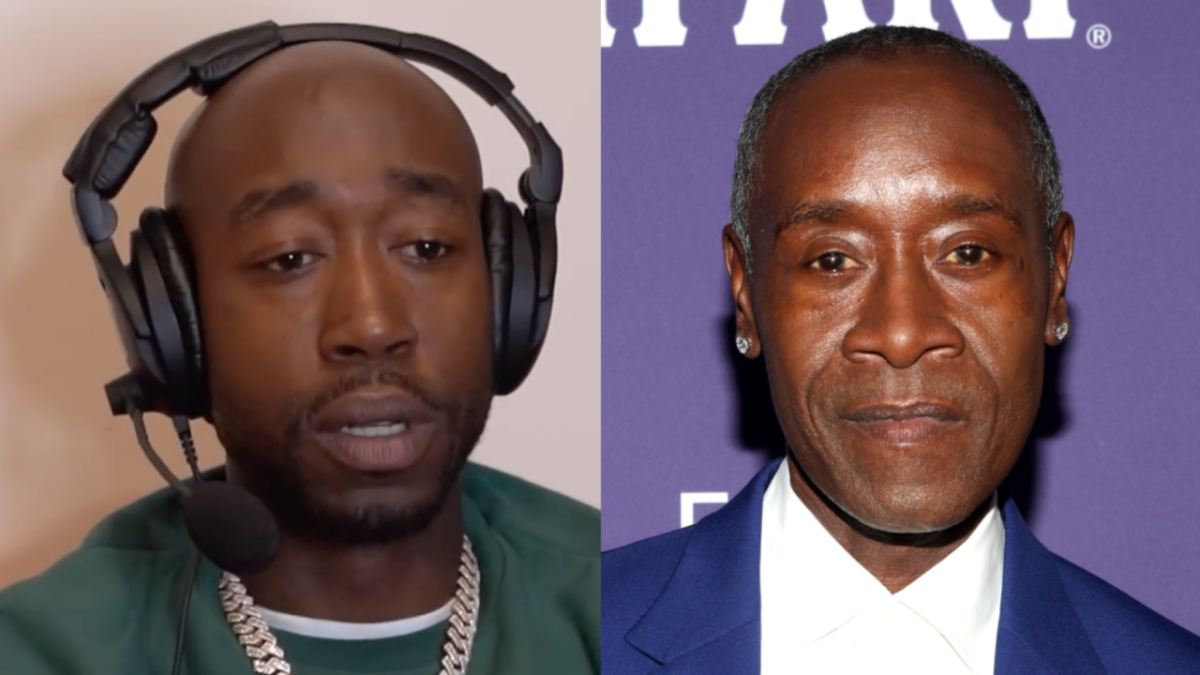 Freddie Gibbs has received a playful warning from Don Cheadle over jokes about them looking alike.

As the Oscar-nominated actor celebrated his 58th birthday on Tuesday (November 29), fans flooded Cheadle’s Twitter mentions with jokes about him looking like Gibbs, referencing the long-running joke.

When a Twitter user jokingly wished Freddie Gibbs a happy birthday alongside a photo of Don Cheadle, the Gary, Indiana rapper replied: “Happy birthday to The Don, my mentor @DonCheadle.”

Cheadle responded to Gibbs: “We gonna get it in one of these days, fam …” to which Gibbs replied: “I challenge you.”

“You misunderheard my tweet, daddy-o!!” Cheadle wrote back, with Gibbs replying: “My bad,” along with laughing emojis.

We gonna get it in one of these days, fam … https://t.co/Bc6tQM5Dnn

Freddie Gibbs and Don Cheadle crossed paths for the first time in February at the Super Bowl, with both men detailing their interaction on Twitter.

“N-gga walked up to me last night and said ‘people say we look alike’ and it was Don Cheadle,” Gibbs wrote at the time. “The fucking goat.”

Cheadle responded to the tweet: “true story. great meeting you, nephew. to be continued …”

In September, a Yahoo! reporter joked about the pair looking alike on a red carpet. The interviewer told Cheadle as he walked over: “Freddie Gibbs! My favorite rapper,” to which the 58-year-old thespian responded: “Nope. Close, but not at all.”

Freddie Gibbs and Don Cheadle have both acknowledged the lookalike comments many times over the years. When a fan pointed out their similarities during Gibbs’ performance at Day N Vegas in November 2021, Cheadle joked about showing up to the festival to prove they’re not the same person.

“i’m at @WynnLasVegas right now,” he wrote on Twitter at the time. “i should pull up. only way to prove it once and for all …”