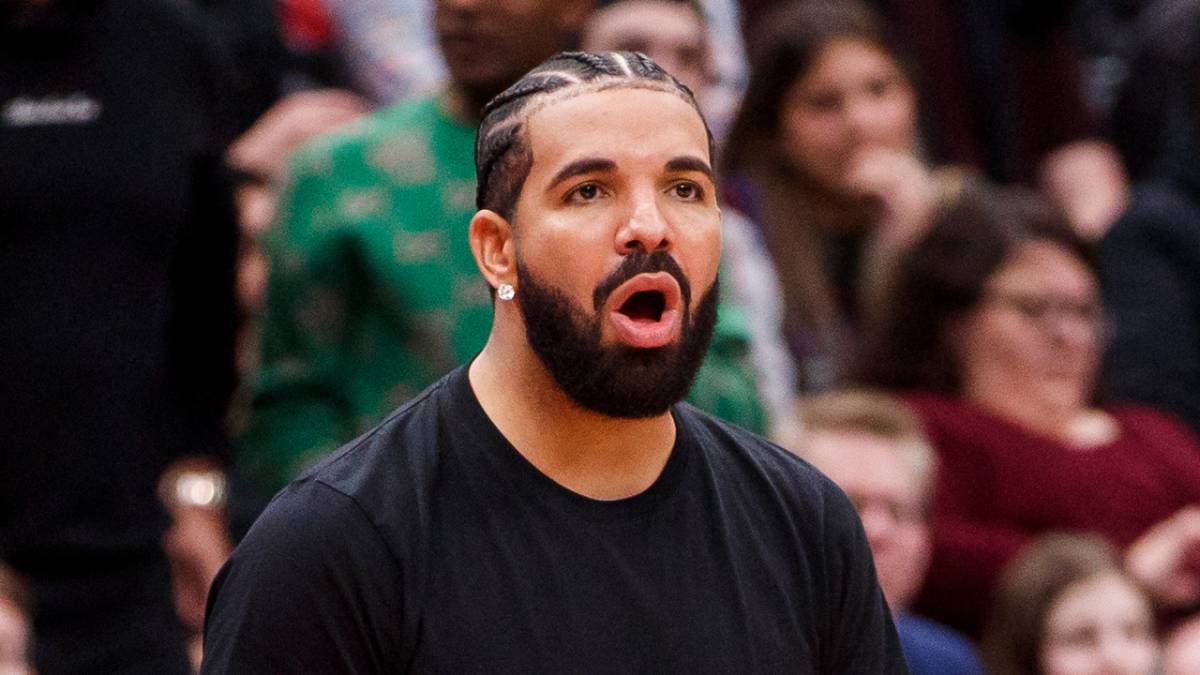 Drake wore a teddy bear coat that received a ton of attention at the Toronto Raptors vs. Brooklyn Nets game this week.

The Canadian rapper was courtside at the Scotiabank Arena on Wednesday (November 23) as his beloved Raptors lost 112-98 to the Nets, guided by 29 points from Kyrie Irving. But it was Drake’s teddy bear outfit that caught the eye.

The Moroccan/French designer behind the jacket, also known as JC/DC, took to Instagram on Thursday morning (November 24) to reveal his excitement over Drake wearing his jacket.

“DRAKE/ @champagnepapi ,the legendary rap majesty in my teddy bear coat,yesterday at basket ball,” he wrote. “championship vintage from 1987 // post of the day on his account. Since many years the amazing talented artist follow my work ,he came in my studio to visit my archives, and wore the black teddy bear coat.”

He added: “l have a immense respect for this artist who like myself,have experienced many ways and territoire of creativity . #legend #rap + special dedicated to @baltdecastelbajac +.”

The black teddy bear coat he referenced was worn by Drake in Paris in 2014. At the time, he’d recently dropped his Nothing Was the Same album and was touring Europe as part of his Would You Like a Tour?, performing two nights at the French capital’s Palais Omnisports de Paris-Bercy venue.

During the first quarter of the Wednesday’s Raptors-Nets game, Drake sat down for an interview with TSN and let sportscaster Jack Armstrong try on the coat.

“I’m not gonna lie, you’re changing,” Drizzy said. “You’re evolving. It’s a mean, like, ‘Listens to Her Loss once.’ That’s Jacky boy in the teddy fur.”

Jean-Charles de Castelbajac’s clothing has previously been worn by the likes of JAY-Z and LL COOL J, as well as Beyoncé, Rihanna and Madonna.

“This was huge, actually,” JC/DC told Her World about rappers wearing his clothes in 2011. “The ’90s were not so much my period because so much was minimalist, but the Hip Hop community was totally fascinated by these really particular sweaters of mine.”

He continued: “LL COOL J explained to me that it’s an urban crest, or coat of arms. JAY-Z has collected 150 of them. I was amazed because originally I was not a fan of Hip Hop – I was more electro. But when I realised, it was a really huge pleasure.”