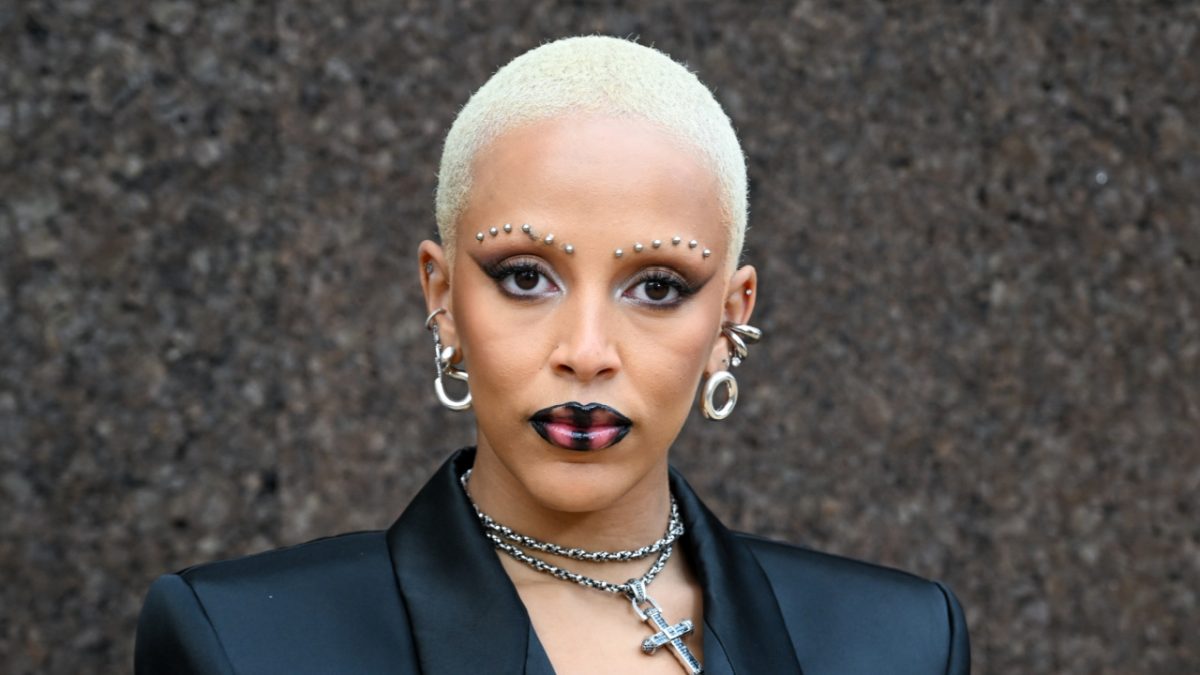 Doja Cat has revealed she’s planning to undergo cosmetic surgery on her breasts in the coming months.

The singer/rapper took to Twitter on Monday (November 28) to reveal her breast enhancement plans in a back-and-forth with fans about her currently surgary-free body.

“I’m literally about to get surgery this winter lmao,” she wrote. “I just want my titties pulled up cuz some of my tops don’t fit the way i want them to.”

When a fan said they’d no longer support her music if she got surgery, she replied: “and i don’t give a fuck.”

I’m literally about to get surgery this winter lmao.

and i don’t give a fuck

During a recent cover story for Dazed, it was revealed Doja Cat was planning to get cosmetic surgery but her “hectic touring schedule” got in the way.

“Now, to me, beauty is going against it,” she said. “I love when you take something that is maybe classically beautiful and twist it and make it your own. For me, it’s more of an ‘are you happy?’ kind of thing. I want my fans to learn they don’t have to be like anyone else and the thing they want is already there.”

She added: “They just haven’t found it yet, and once they do they’ll be like, ‘How the fuck did I not see it? How did I miss this?’”

However, when a fan tweeted her a screenshot of the excerpt, she responded: “They fucked up the context completely.”

they fucked up the context completely

Speaking to VladTV in 2018, Doja Cat said she didn’t understand fake breasts and wasn’t a fan of enlargement surgery.

“Big boobs don’t [sit up]. So okay, about small boobs, small boobs don’t sag because they’re too small, there’s not enough skin and fat and boob there to sag. But with big boobs, there’s these boobs out here that are two basketballs and they don’t make sense. They defy gravity, they defy science, it’s unexplainable, it’s fucking, yeah. I don’t get it, I don’t get fake boobs.”

She added: “I don’t think I would want bigger boobs than I have now, either. What’s so funny is my boobs look big sometimes and then I’ll be called flat-chested the next day. There’s people who think I’m flat-chested. I don’t know, I’m whatever, I don’t care.”