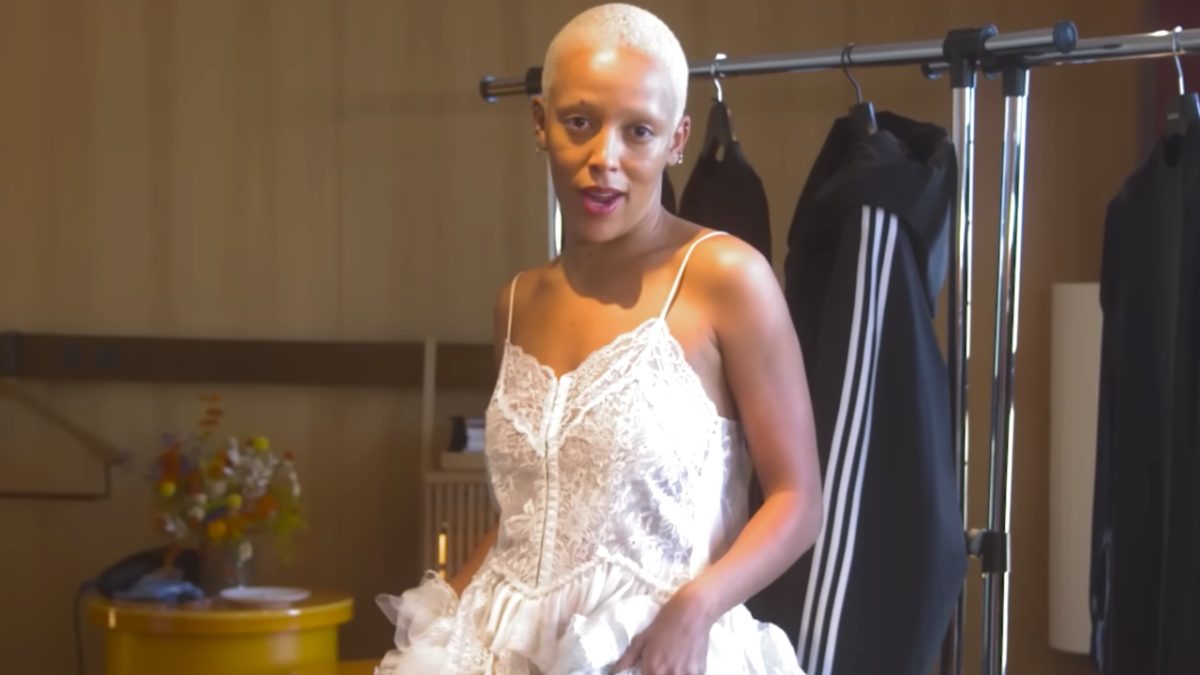 Doja Cat has said she feels incredibly beautiful with a shaved head and wants her fans to know that they don’t need to try so hard in order to feel the same way.

As the cover star on the latest issue of Dazed magazine, Doja said in her interview with the publication that shaving her head and eyebrows was an idea that came naturally to her over the summer and that she initially did it for fun, though fans were divided on the new look.

“They’re like, ‘Oh, this can’t possibly be her simply having fun,” Doja recalled. “She has to be out of her mind. She has to be cuckoo.’ Also, I have a really bad impulse control; I like to react to things really quick. If I’m in the right mood, or the wrong mood, I will snap back and I’ll have fun doing it.”

She continued by saying: “I have never felt more beautiful in my entire life, which is very strange,” but did admit she initially looked like a “wrinkly penis – I looked like I had an exposed brain.”

“I felt beautiful when I had long hair. I definitely felt like a hot girl then, but I always do,” Doja Cat explained. “There’s something so exhilarating about change; [it] showed me a different side of myself. I feel so new, fresh and sexy. I also feel better without make-up: having this bare head and so little make-up is a fun experience. It’s new, and I love it.”

She continued: “Now, to me, beauty is going against [what society wants]. I love when you take something that is maybe classically beautiful and twist it and make it your own. For me, it’s more of an ‘are you happy?’ kind of thing.

“I want my fans to learn they don’t have to be like anyone else and the thing they want is already there. They just haven’t found it yet, and once they do they’ll be like, ‘How the f— did I not see it? How did I miss this?’”

Doja Cat spent a good portion of her day back in August clapping back at haters of her new look, offering scathing rebuttals to a few critics on Twitter.

“I won a grammy and traveled the fucking globe i’ve had a #1 and i went platinum,” she wrote at the time. “I make hit after hit after hit and you all want me to look fuckable for you so that you can go home and jerk your cocks all day long while you live in your mothers basement. Go fuck yourselves.”

When a fan told her she’s “ungrateful” and should “leave social media n go focus on music,” Doja Cat wasn’t having it. “You’re so miserable that you have to label yourself as a ‘we,’” she responded. “You aren’t part of any collective. You’re just another asshole that doesn’t know how to read a room.”

Joyner Lucas even came to Doja’s defense, writing on Twitter that the “Say So” singer made the new look “sexy.”

“Shorty a icon,” he said. “She different. She’s her. She’s whatever she wanna be. She’s a super star. She can do what she want and still make it sexy. Doja Cat is 1 of 1. She goes against the grain. That’s what makes her dope.

He continued: “I don’t think it’s mental health or her having a breakdown. I just think she doin whatever the fuck she wanna do becuz she can. I love it. Keep killin shit Doja. You a star.”