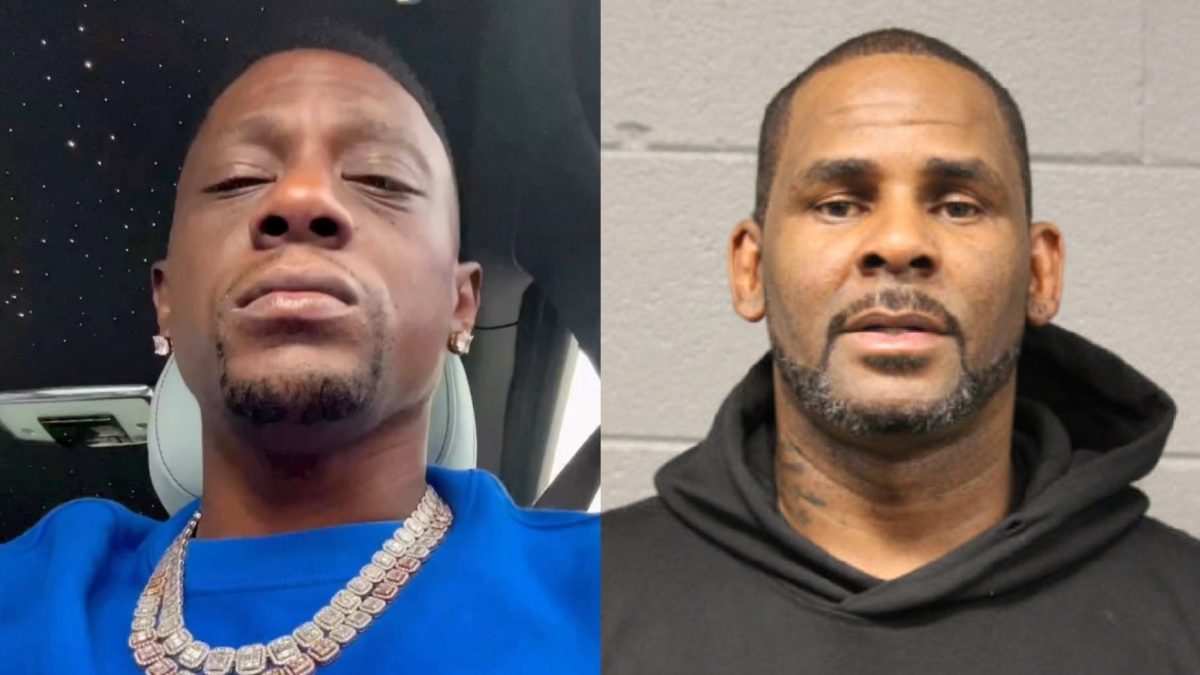 Boosie Badazz has shared two videos calling R. Kelly the “best to ever do it,” while playing a newly leaked album from the disgraced singer.

The Baton Rouge rapper shared two separate clips to Instagram on Friday (December 9) that saw him dancing along to songs from a new R. Kelly project titled I Admit It, which was briefly released on the same day.

The first video finds Boosie smiling and bobbing his head as R. Kelly details a conversation with Wendy Williams on the three-part title track, “I Admit It.”

Boosie’s caption matched the enthusiasm he shared in the video. “R.Kelly TALKING DAT SHIll [flame emoji],” he wrote. “THE BEST TO EVER DO IT  [star emoji] YOU BETTER GO LISTEN TO THE ALBUM [100 emoji] NUMBER 1 FAN -BOOSIE BADAZZ.”

A few minutes later, Boosie Badazz returned to Instagram with another clip, this time listening to R. Kelly sing the first few lines of a song titled “Planet,” which sounds like a play on Marvin Gaye’s classic “Inner City Blues (Make Me Wanna Holler).”

While R. Kelly remains in prison, I Admit It hit streaming platforms in the early hours of Friday morning, marking what would have been the singer’s first album in over six years.

Streaming services listed I Admit It as having been released through Legacy Recordings – a division of Sony Music specializing in new releases by legacy acts like Michael Jackson, Dolly Parton and Elvis Presley. Legacy is also the label home for reissues by Sony’s current and past roster of artists.

Hours after the project’s release, Sony informed TMZ that I Admit It was not an authorized release. The label indicated they were still trying to determine who released the new album and how.

Within one hour of TMZ‘s update, I Admit It had seemingly been removed from major streaming platforms including Apple Music, Spotify and YouTube Music.

Boosie Badazz has voiced his support for R. Kelly on multiple occasions in the past; most recently following his 2021 conviction on sex trafficking and racketeering charges leading to the 30-year prison sentence Kelly is currently serving.

“People getting 15/20 years for murder n he get 30!!” Boosie tweeted after the sentence was announced. “Yes he was wrong af for manipulating young girls n sexing them but he didn’t kill anyone,aggravated rape anyone .N no blame on the parents who knew everything. Resentence this man!! College professors get probation for this shit.

“Get this man some help n some jail time but don’t give him a death sentence ,30 years !!Maybe he can one get out one day n warn these young girls about older predators n make a difference ?but 30 years like Come on world!!”