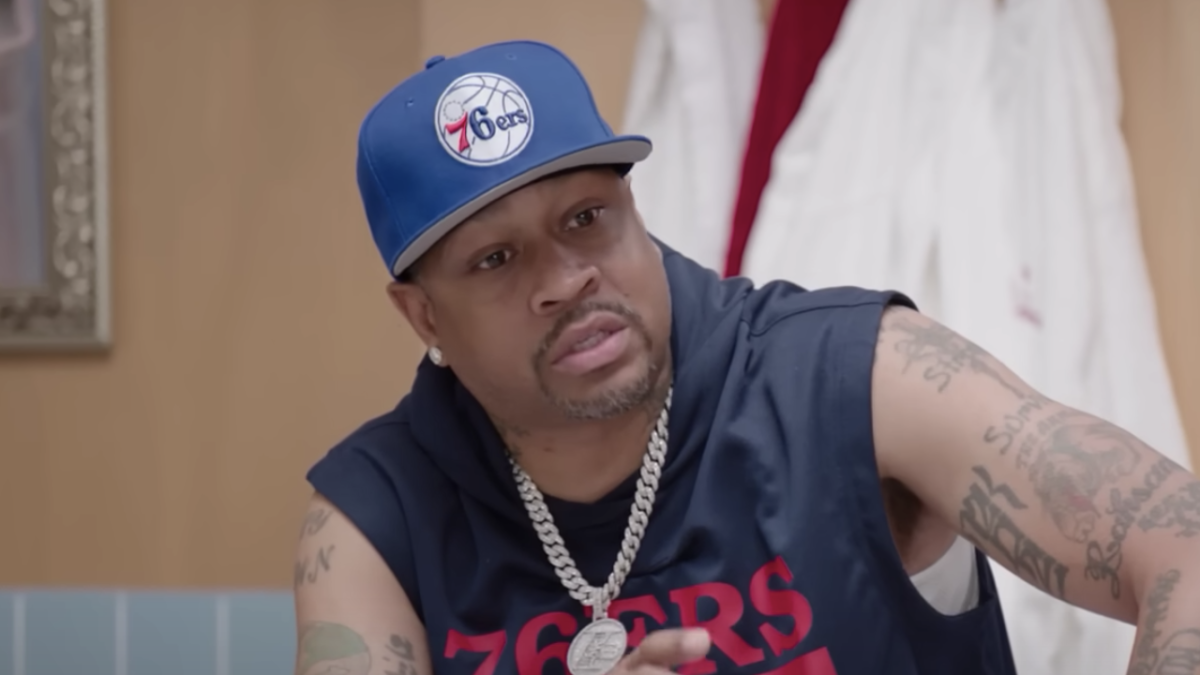 Allen Iverson has recalled the time late NBA commissioner David Stern recited some of his “terrible” rap lyrics back to him.

The NBA icon is often credited with helping bridge the worlds of basketball and Hip Hop culture, and A.I. even recorded a shelved rap album that got him in hot water with Stern, who awkwardly recited lyrics to his “40 Bars” single in front of him during a meeting.

“It wasn’t a great relationship. When I did that terrible rap album when I did that bullshit, that’s when I had a problem with David Stern,” A.I. told Kevin Hart on an episode of Cold As Balls. “Then I remember going into the office and he was reading my lyrics, Kev, like David Stern was actually reading ’40 Bars’ off a piece of paper.

“I was trying not to laugh because I knew how serious it was and the shit I was saying, obviously, you know, so to hear David Stern rapping it, it was crazy.”

Looking back on it, the Hall-of-Famer isn’t proud of his rap skills. Iverson was gearing up to deliver his Misunderstood project in 2000, but the LP never ended up being officially released.

“Oh my God, it’s so embarrassing,” he admitted. “It was not a good idea and it looked so bad. A lot of people tell you what you want to hear opposed to what you need to hear and I dealt with that.”

The Philadelphia 76ers legend and David Stern continued to have a rocky relationship throughout his tenure as Iverson believes he was one of the main reasons the NBA installed a dress code for players in 2005.

“The only reason I felt like the dress code came in was because once they saw that I was wearing what I wanted to wear and I was getting away with it, then other guys were like, ‘Shit, if he can do it then I can do it too.’ Then everybody in the league started doing it.”

The Answer was far from the first NBA player to try his hand at rapping as we’ve seen Shaquille O’Neal, the late Kobe Bryant, Metta World Peace, Lou Williams and current players like Damian Lillard and Miles Bridges all lay tracks down.