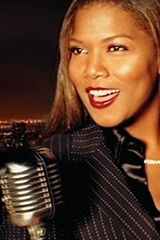 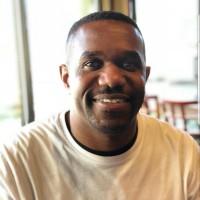 I get to be a mammoth! “Yeah, the idea of it was really cool,” Dana Owens admits, when asked about her initial thoughts of playing the voice of a prehistoric creature in the sure-shot Spring blockbuster “Ice Age: The Meltdown”. “To get to play a character who is a wholly mammoth who thinks she’s a possum-that’s my kinda role! It’s always fun to get to do something like this. This stuff is timeless. The kids in your family get to look at it and say, ‘Look at Auntie Dana!’ It’s nice.”

We bet it is. Owens, who goes by Queen Latifah most days, is enjoying a really nice life right now. The star of “Last Holiday” and “Bringing Down the House” has two other anticipated movies, “Stranger than Fiction” and “Hairspray 2”, in the works. Of course, all of the acting comes in addition to the Cover Girl promotions, Pizza Hut ads and film producing. Oh, and it says here that Queen Latifah also used to be into rap music, so it only makes sense that the 36-year-old artist has a new album and tour proposed for the summer. Here the Queen shares her thoughts on fixing hip hop, loving high school and voting for “It’s Hard Out Here For a Pimp” at the Oscars.

Did your hip hop background help any with the mammoth voice?
I think it helped in terms of the timing and the energy of being able to work in a recording studio and not feel claustrophobic. You’re still able to use your imagination even though you’re in a recording studio. We have to do that anyway when we write records. You imagine all this stuff and then you go in there and put it down in this lil’ controlled environment. That really did help.

There are a couple of musical numbers in Ice Age: The Meltdown from others but nothing from you.
No song from me. But did you see those two numbers! Those were two good songs. When I saw them, I was like, “Daaang!” There were no songs at first. I was like, “No songs in this movie?” They should have given me one. They probably thought they’d have to pay me a billion dollars. All of that other stuff comes into it. They probably cancelled themselves out of it before they even came to me.

So, you were purposely trying to distance yourself from the music?
Nah. It definitely wasn’t my influence. I like the songs that are there. I like the fact that it’s not overly musical.

You’ve got movies and music and make-up and all these things going. What keeps you motivated?
[The loveable Ice Age character] Scrat. Scrat is my motivation. If Scrat can die for what he loves and fight another day, I think I can do anything. Nah, anything that I feel passionate about, I’m gonna go for. That’s pretty much where I am. As long as I keep thinking of ways to challenge myself and [come with] new ideas with my company [I’m happy]. There’s a lot more to be done, believe it or not.

So what’s next?
We have a new deal over at Focus Features. I’m just trying to produce a lot of films and make other people’s dreams come true.

Any musical plans?
Yeah, an album and tour are coming this summer. It’s jazzier stuff. It’s becoming what it-I can’t tell you exactly what it is because it’s still a work in progress.

And in your spare time?
Spare time is sleepy time. I got some sleep yesterday. I’ll get some, maybe, tonight. It’s not a whole lot. But when I get some [down] time, I just chill. I go hike these [California] mountains with my dogs.

Queen, comparing your early hip hop days to what’s going on in the game today, what do you like and what don’t you like about the industry?
I liked me being in it back then and I don’t like that I’m not in it right now. That’s what’s screwing up the whole rap industry. They need a lil’ more Queen Latifah. I don’t know, man. I think we need to make more positive music, to be honest with you. I think it needs to be more of a balance. We’re definitely going to be able to make raunchy music, where you can talk about all kinds of things you’ve been through, crazy stories, death, murder, mayhem and all that good stuff. But I like to hear that coupled with other things to let you know there’s another side of life. That’s where I like to see the music wind up.

So why aren’t you coming back with a lil’ sumthin?
I will if I have to. Don’t make me have to!

Something is definitely needed.
It is. You’re right ‘cuz there’s not a lot of women picking up [the microphone] and running with it. Everybody’s kinda running in the same direction. I don’t knock anybody ‘cuz I like the creativity-even if it’s not the vein that I’d make it. I don’t want anybody to sound like me anyway. But I like to hear people make things that inspire people and make people feel positive about life. Challenge the shit that’s happening. It seems like Kanye is the only one -the only mainstream one- that’s talking shit, that’s not afraid to say something on the things that really go on. When I came around, everybody was doing it: Public Enemy, Boogie Down Productions, Eric B & Rakim, Cube, NWA. Everybody was purposely challenging the status quo, saying “What about this? How come you can’t feed this homeless man?” We would use this music to talk about things. Whenever I hear it talking about the same shit over and over -titties, ass, getting fucked up, eating some p*ssy, shooting some shit up- you know it’s stories we can tell over and over. Give me something that makes me feel good. It’s not about the rappers, per se. It’s really about the whole industry. They’ve always been more than willing to spend money on that and programming that. Okay, we see the video. Show me another video. Play some other music. Talk about some other shit on the morning radio. Whenever I turn on the morning radio, whether it’s in LA or New York or wherever, it’s always this stupid shit. Is this what gets us up in the morning? Fo’ real, this is what we have to talk about? It’s the most raunchy, negative crap. Is that what I got to hear? Make me laugh at something! At least make it funny. If you’re going to be raunchy and vulgar, make that shit hilarious. Then I won’t feel so bad. But if it’s not even funny, it just makes me mad. Then I’ll just turn to some other satellite radio station. I wind up missing out on that good ass hip hop. Sorry about that low-key tirade.

Queen, what were you like in high school?
I got all those awards, most popular and all of that stuff. I didn’t hang with any particular clique. I hung with every clique. There was no clique I couldn’t penetrate. I was one of the cool people that you’d want to hang out with but I wasn’t one of those cool people who put you down to be cool. I was cool with everybody. I found something to enjoy in everybody. I was also a smart person. I got good grades when I wanted to, when I put my mind to it. I was smart but I wasn’t strictly a book worm. I didn’t just bury myself in my books. I kinda floated around because I was so curious about life. And I was musical. Who else could jump into all those things and not really put those folks down.

Queen, I gotta ask you about Three-Six’s Oscar. Were you more on the side that applauded them for their accomplishment or did you frown on the Academy for picking that song as this year’s representation?
Representation of what?

Well, a lot of folk are saying other songs could’ve been used in the category?
Quite frankly, I think that it should’ve won. I voted for it. I think it was the best representation of the music applied to the film. I don’t think that “Hustle & Flow” would’ve been the film it was without that particular music. I don’t think Terrence (Howard) could’ve pulled that character off with some other music. That was actually music hip hoppers would listen to and someone [in his position] would make. (She begins singing) It’s hard out here for a pimp. It is what it is. When I’m watching this movie, I’m believing this broke-ass pimp who wants to be a rapper would write this type of song. I believed it. I feel like they did their jobs. They made music for the film that really worked for the film and represented that character perfectly. People hating, that’s what it is. That’s what I can figure. Y’all didn’t say all that shit when Eminem won for “Lose Yourself” so what the fuck are y’all talkin’ about now? That’s pretty much how I feel about that. If you’re not going to protest Eminem winning for “Lose Yourself,” and get all mad about the category then, don’t come with that shit now. That’s what they’ve been doing for the longest. Three-Six Mafia‘s been making those records forever. They made those records for this particular film and they worked. I don’t know what everybody is mad about.

When people look back at your life’s work, what do you want them to say?
I don’t know. She’s all right. We liked her. She was cool.