Mr. Cheeks: Back to the Essence of Hip Hop 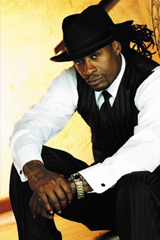 Queens is Mr. Cheeks’ home, so it goes without saying that every time he ventures into Manhattan these days he’s reminded of the September 11 horror. And honestly, it’s starting to get to him. Still–as was the case in 1999 when he lost childhood friend and Lost Boyz partner, Freaky Tah–Mr. Cheeks is forced to move forward. On John P. Kelly, Cheeks’ fun-yet-focused solo debut, the melancholy rapper gets somewhat therapeutic but manages to somehow keep the group’s party roots strong.

HipHopDx sat down with the sullen MC and got his thoughts on dropping his first solo album, losing loved ones to tragedy and trying to move on with your life…

In the wake of the World Trade Center disaster, some people think movies and music should take a back seat to more important things like spending time with your family. What do you think?

I mean, everybody is going to take some time out to focus on some other things. The world is just going to be how it goes. Everybody been thinking about their family from the beginning, but I guess [things will get] more tighter. It won’t be all mourning, but they wanna be around their family just in case anything [else] went down or anything like that. [Music] makes people more aware of things going on in the world. Music brings things more into light.

How does it feel looking over in Manhattan and not seeing those towers over there?

That shit hurts ‘cuz I was there when it went down. I was on 49th Street. It bugged me out.

Word. Yeah, I was in the City at the time. It bugged me out, yo. That shit had been there since I was two years old, so that really illed me out. I had been looking at that shit all my life. Word up! That’s some real tragedy shit right there.

There’s that word “tragedy” again. We know that you’ve been through your share of it in recent years. Are there any words you can share with people touched by the events of last month or so?

On a lighter note, John P. Kelly is here. What should LB fans expect from the new album?

The same flavor they always been expecting from Mr. Cheeks. I’ve been LB all my life. I’m going to be LB all my life. I just stepped out for a little while. I just wanted to do a solo album. I brought the same flavor. I got the flavor for them. I’m still in the regular street life, still involved in the struggle. I’m still hungry. I like to party. I love to smoke out…Ain’t nuthin’ changed but the calendar. That’s about it!

In your bio, you talk about this album taking it back to “the essence of hip hop.” What did you mean by that?

You know, more into what’s really going down. I mean, I’m not saying niggaz ain’t really doing they thing, but you know, more topics, more stories. You know, when we started, niggaz didn’t really have anything. Niggaz still ain’t got everything. We still have barbecues and Thanksgiving dinners and stuff. I got this song on the album called “I Remember” that talks about when we used to hustle, making money raking leaves and shoveling snow. Then I got “Worldwide Bouncing” that’s about where I’ve been at. “What The Fuck Is This” just asks “what the fuck is this?” I mean, certain niggaz are in the game doing their thing, but are they REALLY doing their thing? The essence is just the way it started out. Every album is a different thing. There’s different meanings to my shit–comfortable shit.

You’ve done songs like “Renee” and “Jeeps, Lex Coups, Bimaz & Benz.” How tough is it getting the MTV crowd and the street crowd to like the same songs?