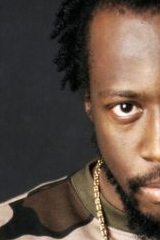 Wyclef Jean has always been outspoken…whether in his music or in his activism. The preacher’s son takes time out to talk with HHDX’s Jessica Koslow about life the industry, his home and the Fugees.

The intro of this album features a snippet of a speech by Haitian radio activist Jean Dominique. You scored The Agronomist, which was a documentary of his life. Did putting that soundtrack together inspire this album?

They were two different projects that intertwined into one thing. I wanted to finish off the year by having a CD mostly in my native language, which is Creole. And I wanted the “President” record on there, which deals with everything going on. I got inspired by Jean Dominique to take a little piece of his speech and put that on my intro: “No matter where you come from, don’t forget you are Haitian.”

It seems like Haiti is always having political problems.

The thing about Haiti is a lot of times things happen in Haiti and they say “Haiti in Turmoil.” Where in Haiti? People don’t know how many different cities in Haiti. I think that’s the new Haiti and the new message that I’m trying to promote. Yeah, there could be violence in Port-au-Prince but you can still go and chill on the beach and cool out. People need to be educated. When I was growing up, I didn’t have problems. I was poor. I didn’t have clothes, but I was free. I could walk down the street whatever time of night. I could go on the mountain and just chill. I didn’t have to worry about someone kidnapping me. That kind of freedom doesn’t exist anymore. How do we get Haiti back to a safer place, like in Port-au-Prince? And that’s what we’re working on now.

What specifically are you doing?

We’re doing The Peace Concert on December 5 to bring awareness to Haiti and everything going on. I have a new foundation I’m working on. It’s called Yele. I’m trying to make it the mother of Haitian foundations. There are so many different people with different ideas that are Haitian, but there’s no mediator. Everyone wants to help, but they don’t know how because everyone is strong-minded and has their own opinion.

Are you working with the government?

You can’t bring 1.5 million people into a place and not have the government’s support. But the great thing about what we do and the way we affect the country, it has absolutely nothing to do with the government. Just cause you killing someone on that block, why shouldn’t I pick up the garbage? It’s two different things. That’s the mentality I’m trying to get into these people. You got to keep the city clean. When a kid is young, you got to put this in their mind so when they’re older they understand not to do it.

You’ve been to Haiti and seen the damage from the recent hurricane.

The area that it hit is a place called Guinieve. The reason it was so disastrous is because that area has no trees. The people have cut all the trees down so they could make fire for the food. The government doesn’t provide electricity and gas. And no one has taught them about solar. The devastation wasn’t the hurricane. That played a minor part. The rain is what destroyed that place. It rained so much and the water had nowhere to go. There was nothing to absorb it so it got into the dirt and formed mudslides. And it came waving down the hills at a rapid speed. People were getting buried alive.

You are a musician, but you also seem to act as a Haitian ambassador.

From a tribe, there’s always one that rises. I know a lot of Haitians, but everyone wants to talk to Wyclef. I think it’s my heart. I’m ’bout it. You can’t fool people. People watch people. This guy is Haitian. Every time you see him he’s talking about Haiti. Every time something goes wrong, he’s speaking up on behalf of them. It’s important that the kids have a voice of reason. It’s cool that I can be that voice of reason for them.

Where did you record your new CD Welcome To Haiti: Creole 101?

I got inspired by Haiti but most of the album was recorded here, but with the rhythms of Haiti. All comes from the rhythms of Haiti mixed with the hip-hip that I learned in NYC and the reggae I learned from Jamaica. And in Haiti, you have the Haitian side and the Dominican side, which was really one thing at one time. So there are Haitians who speak Spanish, that’s why we have Spanish on there. The “La Bamba” joint. I got some people in my family that’s from the Dominican Republic.

How was the recent Fugees reunion?

It was a great thing. It was fun. I’m a regular cat and I’m very simple. But it’s like I’m a fucking rock star. I’m like one of the Beatles. When I’m with The Fugees, I’m reminded of that. It feels like this isn’t even music, it’s a movement. The Fugees is a movement. There’s a lot of fake Fugees out there, a lot of wannabees. But when the real Fugees come on the scene…It sounded bigger than us. The Fugees music, you can put it on and no matter what you’re going through, it has a song for everybody.

You have an amazing eye and ear for talent.

I think for me I look for raw talent. Raw in the sense of somebody you could put anywhere and they stand out. Sometimes they get overlooked. Because people are not paying attention. Everyone wants what’s hot for the moment. When I was doing Beyonce and Destiny’s Child, people were focusing on Britney Spears. But Beyonce was raw. You could put her anywhere, any place, tell her do this like this or like that, so it was always a matter of time. It’s always a matter of time before the air gets cleared, and the bullshit leaves. I could see the light. To everyone else it looks like a black rock. To me it looks like a diamond. I’ve been fortunate enough to be blessed to find that out there.