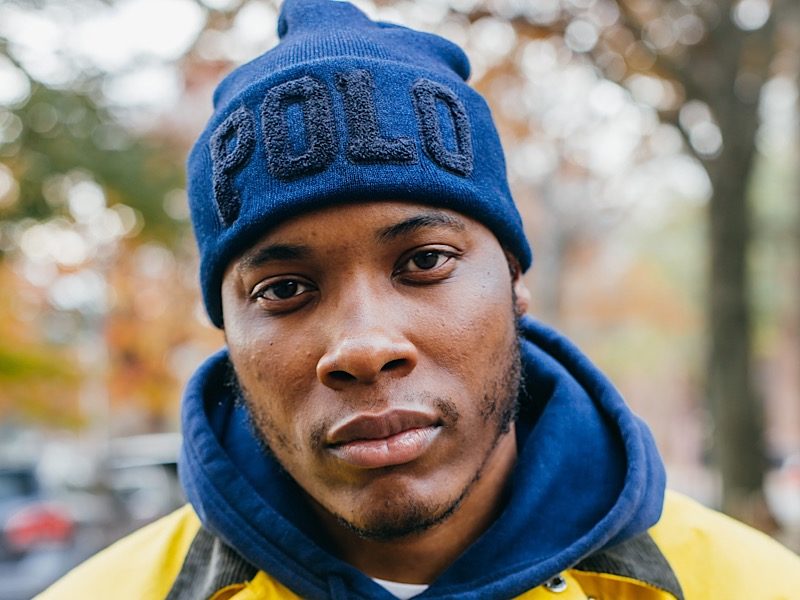 With a roster that includes acts like Jayy Grams, Joey Bada$$, Mick Jenkins, and — of course — the Kush God, Smoke DZA, Cinematic Music Group is championing the new sound of old New York. Producer 183rd is an active part of their wave, working extensively alongside DZA (who he met at age 14), as well as crafting records for numerous acts who are part of or associated with the Cinematic fold.

His latest effort, Uptown, is a collaborative five-song EP with Smoke DZA and Vado, dripping with New York City swag — something he grips to regardless of where the mainstream decides to veer stylistically.

“Those guys are workaholics, this isn’t something that took long,” 183rd tells HipHopDX of getting the two MCs together to complete the project. “Every time I tried to play them the beats, DZA would be like ‘I need this for mine,’ and Vado would be like ‘I’m using this for mine.’ But we had to do for Uptown (Harlem). It’s Hip Hop, we gotta bring that pride back.”

There’s definitely a distinction in his music from the wave that’s currently ruling the mainstream. 183rd maintains, though, that he’s a Hip Hop head in the traditional sense — not that he sees a problem with the new generation.

“My personal opinion, [Hip Hop] ain’t supposed to sell so much,” he says. “Once it starts doing that it becomes something else.” He refers to the new sound of Hip Hop as a whole new genre entirely but insists that the genre’s more traditional combination of bars and hard beats is far from dead, and is prevalent among the sea of new rising stars.

“Lil Baby and Gunna are Hip Hop,” he says as an example. “They have metaphors in their raps and shit like that … they care about what they say. A lot of these industry cats don’t even write their raps down.

“That’s not bad to me, I’m just looking at it like it’s something else,” he continues. “The culture, the whole thing is different from the culture we grew up on.”

Uptown is just the beginning of what he has lined up for 2019. 183rd says he has roughly a project a month in the pipeline, that includes new music from Manolo Rose, Vado, and Smoke DZA. But more exciting for him is the new artists he’s been developing such as Bronx rapper Nick Gz.

Having started his career within an A&R sphere many years ago, development — which in many ways has become a lost art — is something that 183rd says comes naturally.

Part of that development is helping artists build healthy sustainable careers, even without venturing into the mainstream. “These new cats think they can drop one project and go to the moon. Don’t work like that. I hate when it does work like that, to be honest.“

As he explains, it’s in building your audience throughout a catalog of consistency and artistic experimentation that artists grow and mature their sound. “You got to love the challenge of it, right?”

With Hip Hop often being seen by young artists  and influencers as an easy get rich quick scheme or sure thing investment, 183rd ultimately believes that the new generation needs to learn how to set goals and milestones that will allow them to do what they love as an actual career, rather than rise and fall with nothing to show for it.

“I think cats need to be taught how to make a living, first. Then you go crazy with everything else.

“This is my third place … this is all over me making a living off the industry. I’m fortunate to do that now,” he says of his ever-increasing financial take away from new projects. “Now I can do even more, but making a little bit and making sure I eat was always my first priority. This is what I do. That’s what you call a career.”

Check out 183rd’s Uptown featuring Smoke DZA and Vado, below.