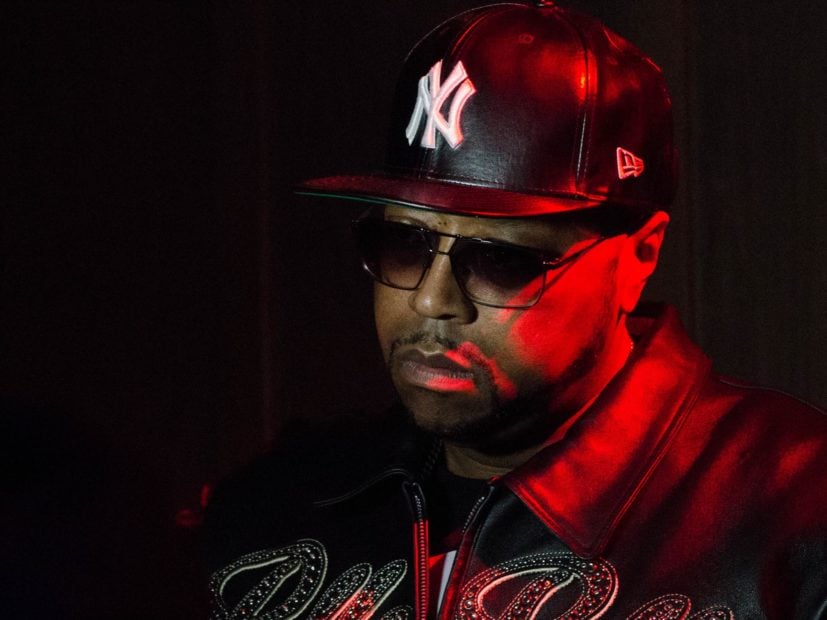 DJ Kay Slay has a not-entirely-inaccurate reputation for being “Hip Hop’s One-Man Ministry of Insults.” In a world where the average person minds his P’s and Q’s so as to avoid the “politically incorrect” label, the man born Keith Grayson in New York City doesn’t give a fuck what you have to say, because he’s going to speak his mind.

The good news is, his mind is filled with truth, knowledge, and reverence for the Hip Hop culture.

“The game is watered down,” he said to us in an exclusive phone interview. “The problem is, we’re suffering from an overflow of trickless magicians. Everybody with an Internet connection thinks they’re a rapper today. But that’s not what Hip Hop is all about.”

Kay Slay is talking to us about his new single, “Hater Proof,” which features Moneybagg Yo and Dave East. While one would be hard-pressed to find two more diametrically opposed rappers, Kay Slay said that the choice was a deliberate one, and he’s pleased with the end result.

“It’s a song that people will enjoy, I think,” he said. “It’s all about fulfilling your destiny because can’t nobody stop what’s meant for you. Nobody can affect you unless you let them affect you.”

One wouldn’t think that the sounds from Memphis, TN thanks to Moneybagg Yo, and the sounds from Harlem, NY courtesy of Dave East would work. But, as “Hater Proof” proves, not only does it work, it goes hard.

And while this may be surprising to the average Hip Hop fan today, it’s nothing new for Kay Slay, who has been mixing up sounds commercially since 2003, with the drop of the seminal Streetsweeper Vol. 1 album.

“They’re both dope in their own way,” he said of the two rappers. “I love making generational connections. Sometimes, it’s good to bring two worlds together.”

Hosting this showcase in Manhattan @redrabbitclubnyc ,I hear a few hot artists , but a lot of them sound like they are from another region , or maybe I'm just getting old ☠️☠️☠️ Nah I know what Hip hop sounds like! Keep it NY in Ny??‍♂️ @sodrewski just walked in the building also so y'all better step y'all bars up!!

This A-list lineup is nothing new for Kay Slay, but it isn’t something he’s specifically made for radio play, either. Frankly, he doesn’t care if these songs get a single spin on the radio, because he’s concerned about preserving the integrity of Hip Hop, rather than making music that’s just popular.

And that’s why, for Kay Slay, Hip Hop means a lot more than just spitting 16. “Hip Hop is the only genre where the kids don’t do their homework. They don’t listen to the OGs. They don’t have respect for the culture. They don’t realize that you have to take some actual steps to be a rapper,” he said. “But for me, as far as I’m concerned, I hope someone categorizes this music. I hope someone learns something. I hope someone finally sits up and pays attention to some real shit.”