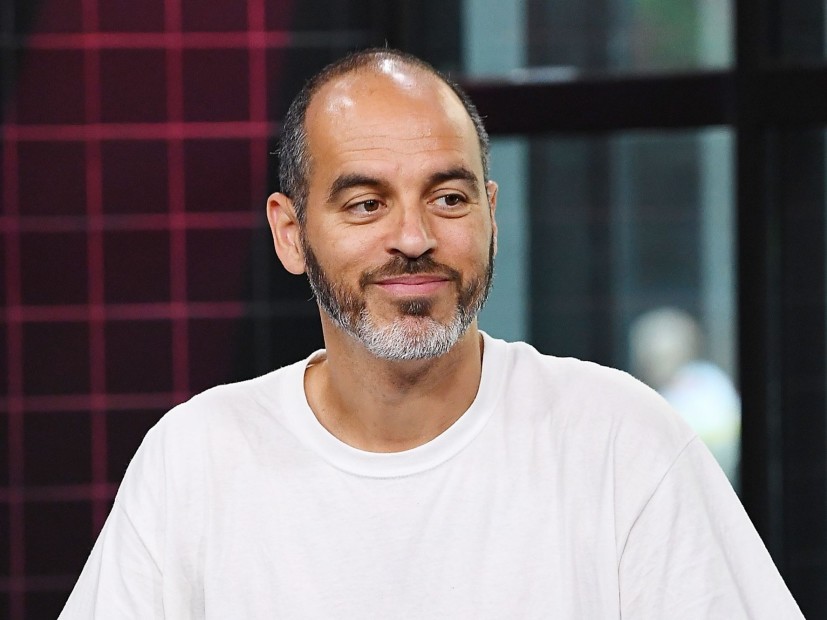 Bobbito Garcia Reveals Only Artist Who Ever Had Him "Shook"

Bobbito Garcia is bouncing a basketball on the concrete at St. John Park in Brooklyn, which is unbelievably fitting. By all accounts, the 52-year-old is not only a living Hip Hop legend but also a basketball phenomenon.

As one of the masterminds behind The Stretch Armstrong and Bobbito Show, the New York City native helped break artists like The Notorious B.I.G., Eminem, Nas and JAY-Z. But the title of radio DJ is one of several Garcia has adopted over the course of his career.

As a scribe, Garcia wrote the first article on sneaker culture — “Confessions Of A Sneaker Addict” — for The Source back in 1991. As a ballplayer, he dribbled his way all over the five boroughs and was eventually recruited by the Madison Square Garden Network to do the “Hot Minute at the Half” reports during Knicks home games.

Once again, Garcia has flexed his directorial skills with his third film, Rock Rubber 45s, which serves as the follow-up to his 2015 doc, Stretch & Bobbito: Radio That Changed Lives. Despite his experience in making documentaries, this one proved to be different.

“You would hope that you do things three times and you get better at them, but mostly this was the hardest film to make,” Garcia explains to HipHopDX. “I was the assistant editor. I edited a couple scenes myself. You know, shout out to Adobe. They were an equipment provider and a marketing partner.

“Because of Premier Pro, I was able to teach myself how to edit and that really made a big difference in my storytelling ability. I only have watched the film maybe five or six times completely, whereas my first films I probably watched 50 to 500 times.”

With all of the illustrious MCs and producers Garcia has had the privilege to know over the years, he admits there was only one who truly had him nervous the first time they met. While working at Def Jam Recordings, he crossed paths with Public Enemy architect Chuck D, a hero of Garcia’s and one of many who appear in Rock Rubber 45s.

“I interviewed Chuck for the film but some things didn’t make the cut,” he explains. “You know, I got to meet Michael Jordan, I stood 10 feet away from Michael Jackson, I shook hands with LeBron James. I’ve met basically the most famous people in world. Period. The only person that I’ve ever been shook for meeting was Chuck. I was a messenger at Def Jam in 1989 and being at Wesleyan University in the 80s, Chuck D was like the biggest fucking shit in the world. Like holy shit, Chuck was larger than life.

“So, when he walked into the office, I was like, ‘Oh shit it’s Chuck D’ in my head. And of course, like you know, he’s the nicest dude in the world, so after that we became cool. He was calling me up from the road, ‘Yo, I’m in San Antonio, what college radio stations should I hit up?’ That was irregular for an artist of his stature to care about college radio. He was a college radio DJ himself, so that’s why he cared about it. That didn’t make the film.”

In terms of his relationship with Stretch, it’s just as strong as ever. The two are currently co-hosts of NPR’s What’s Good with Stretch & Bobbito. At this point in their careers, the duo is a well-oiled machine.

“We know our cues,” he says. “We know when to jump in with each other and joke around and stuff. I think this season is better than last season. I think if NPR continues to give us a chance to continue with the podcast, I think we’ll just keep on getting better and better.”

“Stevie Wonder, just say no more,” he says. “That was in the first season. I could retire from journalism after interviewing Stevie Wonder. Interviewing him with Stretch, one of my closest friends of all time, and talking to him about music and having him respond to some of the questions with playing the piano and singing was just … that’s not a normal interview. I was very happy how it happened.”

Before Garcia hangs up the phone to continue his basketball game, he imparts a little wisdom to aspiring radio show hosts.

“Figure out what’s missing and fill the void,” he explains. “That’s the only way anybody’s really gonna make a stance on anything with originality. And originality is a tenant in Hip Hop which has been a little lost, right? In my era, there’s a sign at the door, ‘No biting allowed.’