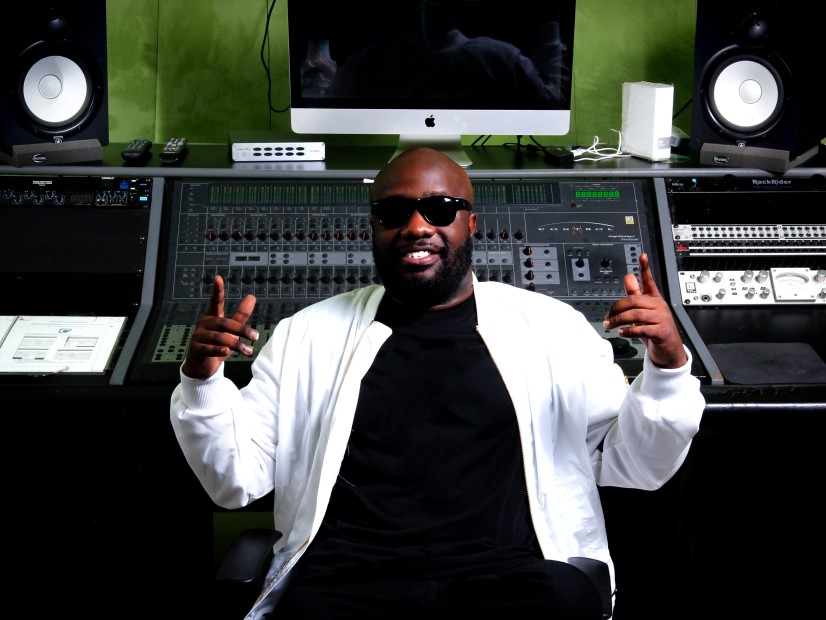 Arguments regarding what makes an individual a “true” recording artist has gotten even murkier thanks to the recent success of social media influencers turned chart toppers. Someone who understands that exact conversation is none other than Corey Dennard a.k.a. Mr. Hanky.

According to Mr. Hanky, he connected with the comedian through DJ Bay Bay (inspiration behind Hurricane Chris’ ringtone era classic “A Bay Bay”). What initially began as a studio session between the three for a spoken intro turned into something bigger than what they could ever imagine.

“It wasn’t a long, drown out studio session that you hear on most rap documentaries and stuff,” said Mr. Hanky. “It was literally a song concept on the lyrics that are in the song. Lil Duval later called me and said Snoop Dogg alongside Ball Greezy did a verse.”

Released a day before Independence Day, the single many heard either on various social media platforms and backyard BBQs was basically unfinished.

“There was a lot of stuff I wanted to do production wise but, Lil Duval put it out on his Instagram and other platforms where it started to take off,” explained Mr. Hanky. “Radio DJs were making their own clean version and it was amazing. Literally, it was the main version from the studio. We didn’t get it mastered until like a month of it being out. By then, it had already spread and I still to this day hear DJs play the rough version.”

Didn’t help that everyone from athletes, fellow comedians like Kevin Hart to The Game and Future giving their rendition pushed the fire further.

Even Oprah herself made a reference to the hit.

???? @Regran_ed from @amrhankybeat – Best Birthday Ever Continues! You Know It’s Outta Here When Oprah singing it ?????? i made it made it #livingmybestlife ?????? ? via @lilduval

Mr. Hanky also joked about witnessing viral videos from pastors referencing it during sermons and a gospel quartet version.

As of press time, the single managed to climb to the number spot on Billboard’s Mainstream R&B/Hip Hop National Airplay chart for two straight weeks.

Despite having churned out several hits including Colonel Loud “California” featuring Young Dolph, Ricco Barrino and T.I. alongside Luke Nasty’s “On The Way,” Mr. Hanky didn’t mind his biggest single coming from a comedian.

“It’s cool man because to be successful in anything now you have to be very open to doing things in a non-traditional way,” he said.

Makes sense considering Mr. Hanky earned his big production break working alongside storied Atlanta producer Mr. Collipark around the time he signed Soulja Boy. He says the experience helped him on both production and business sides. Most importantly, it helped him learn how to adjust to the rapidly changing music industry.

“When we first got started, Soulja Boy had just came into the game,” said Mr. Hanky. “He really changed the game in regards to a lot of stuff that’s happening now in regards to using YouTube and streaming. Having that relationship, being right there and seeing how the game was changing in front of my eyes was crazy.”

Working with Soulja Boy also allowed him to learn the benefits of having an open mind considering how divisive the “Crank That” rapper became.

“Keep in mind that it was a chance having Mr. Collipark sign Soulja Boy,” he explained. “That nigga made a song called ‘Yah Bitch Yah.’ These are songs that made Hip Hop purest cringe. I just learned not to care. I never cared much in the first place, I just learned to super not care.”

Expect more future hits from Mr. Hanky as he’s hopped in the studio with Tory Lanez and frequent collaborators like Yo Gotti, Young Dolph, Luke Nasty, 2 Chainz and Lil Duval of course. He also has plans to put out music himself and developing his own artist.

“I feel like now that I have a hit record with a comedian, it’s like what else can I do,” he said.

Stay up on Mr. Hanky by following him on Instagram @amrhankybeat.