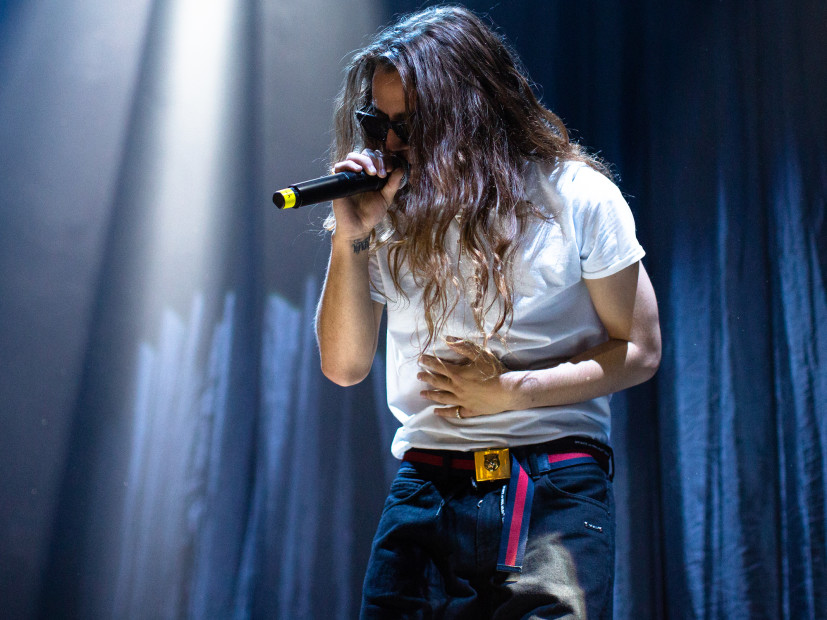 In the bottomless rapper pool of new and up-and-coming Lil’s, Young’s and Yung’s, California rapper Yung Pinch has emerged with nothing but a promising career — free of scandal.

Having increased his fan base through vibey flows on SoundCloud, he’s also a well-traveled individual. He increased his visibility on a nationwide tour alongside SOB x RBE and OMB Peezy as well as trek through Europe with none other than G-Eazy (whom he collaborated with on his pre-summer heater record, “Why Would I Wait”).

from the west coast with love!?? p.s. who wants 2 see me on tour again? #BEACHBOY #ALL4THELOVE ??: @jakeosmun

As the newly minted 21-year-old prepares for one of his co-headlining performance at this weekend’s Breakaway Fest in Columbus, Ohio, he promises nothing but “good music and good vibes” for everyone in attendance.

As a product of popular tourist trap Huntington Beach, California, Pinch (born Blake Sandoval) uses his unique mixed upbringing of sun and strife to deliver euphoric messages to his rabid — and growing — audience. It’s a musical mentality that feels rather effortless.

“I’m just always trying to be happy and peaceful,” he continued. “It’s kind of rare nowadays. It’s always a struggle to focus on music versus other things in life. I feel like music is my escape from all of that. But at the same time, it’s crazy because when the music starts working, life gets crazier. You start to have new problems, new situations, new everything. And what you love starts to get in the way of making music but making music is what got you here in the first place.”

In the meantime, Pinch is set to enjoy being recognized as an adult (“No more sneaking in the club for me!”) and tearing up the Breakaway Fest stage. But he’s not naive to the fact that he influences even younger rap fans.

“It’s always been amazing and astonishing to me to see how big of an impact my music has on people,” Pinch admits. “And then how many people it has touched. I never thought it would be like that when I was just in the studio making music to vent. I just try to be grateful and take advantage of it and never misuse it.”