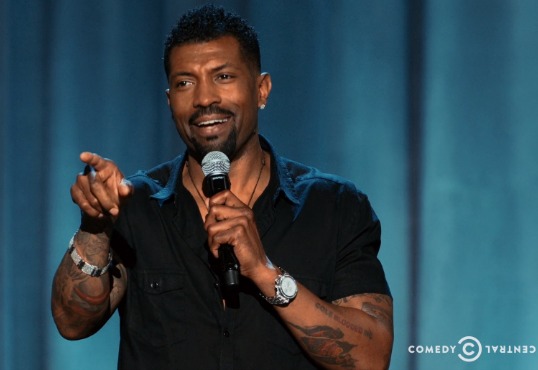 In many ways, Hip Hop and comedy are polar opposites: Hip Hop is mostly meant to be taken seriously, and the subject seeks out new and innovative ways to verbalize self-aggrandizement. Comedy is meant to arouse laughter, and more often than not the comedians strike a chord with the audience through self-deprecation. If you look closer the two really are not as different as it may appear on the surface. Both thrive on authenticity and good storytelling both sometimes requires verbal assault skills when an opponent tries to test you and both reward a strong hustle.

For most comics, that hustle starts out on stage and if all goes well ends up on the screen. But for Cole, 44, it was the polar opposite. The Chi-Town funnyman broke into the industry as a writer for Conan O’Brien, concurrently strengthening his stage game on shows like Comic Justice and Def Comedy Jam. After two decades of putting in work, the industry finally started to give Deon the props he deserves.

In 2016 alone Deon is already starring in Barbershop 3: The Next Cut, black-ish, Angie Tribeca and this Saturday (June 25th) at midnight will be the premiere of his first hour-long special titled Cole Blooded Seminar on Comedy Central. In an exclusive conversation with HipHopDX, Deon speaks on why he feels Hip Hop is not what it used to be, how Phife Dawg inspired his comedy and getting his girl stolen by a musical icon.

Click below to check out our DXclusive with Deon Cole and be sure to watch Cole Blooded Seminar Saturday, June 25 at midnight on Comedy Central.