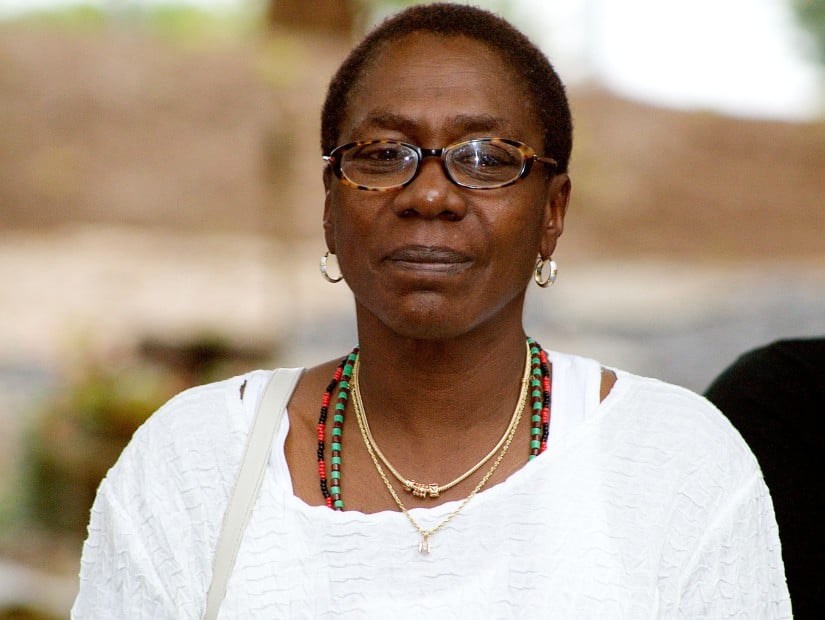 Afeni Shakur’s death last week sent a shockwave throughout Hip Hop media outlets crediting her more for giving birth to Tupac Shakur and inspiring the rap icon’s 1995 classic “Dear Mama,” while some made mention of her role as a member of the controversial Panther 21. It’s a feat in itself to see someone “fight the power” while pregnant with someone who would eventually become one of music’s most recognizable figures without any formal education. In a trial that was then the longest ever held in New York’s justice system, Afeni and twenty others were charged with conspiracy to destroy several buildings and murder police officers.

Anyone digging deeper should fully understand her leadership role in the Harlem Black Panthers. It’s been documented how the FBI through Edgar Hoover’s COINTELPRO program did everything in their power to dismantle the black nationalist organization. While the world focused heavily on the likes of Huey P. Newton, Fred Hampton and Geronimo Pratt—who spent 27 years for a murder he didn’t commit—Afeni was a victim of government surveillance as well.

One author who went into lengthy detail in describing Afeni and her son’s eventual attack by the FBI is John Potash. His 2008 book The FBI War on Tupac Shakur and Black Leaders: U.S. Intelligence’s Murderous Targeting of Tupac, MLK, Malcolm, Panthers, Hendrix, Marley, Rappers and Linked Ethnic Leftists did a thorough job in explaining the lengths the United States government will go just to stop certain moments. His 2015 sequel Drugs as Weapons Against Us: The CIA’s Murderous Targeting of SDS, Panthers, Hendrix, Lennon, Cobain, Tupac, and Other Leftists dove even more into U.S. intelligence tactics in using artists to push drugs to forward their goals.

Taking a moment over the phone with HipHopDX, Potash explains the legacy of Afeni Shakur and possible FBI monitoring until her death.

And even as a crack fiend mama, you always was a black queen, mama

John Potash: I didn’t have that much of a relationship with her. Watani Tyehimba, her close friend, and mentor who was also a Black Panther were working with Afeni to help free Geronimo Pratt. They were working on his defense case. As you know, Watani was also Tupac’s business managers, mentor and all of that. He was also one of the founding fathers of the New Afrikan People’s Organization. Watani told me that Afeni was trying to stay away from the radical/political stuff since Tupac’s death out of fear. They [The FBI] had killed her son. She wanted to stay clear because she was scared. When I did talk to her, she did say how much she appreciated what I was doing even though at the same time, she was scared to have a deep relationship with me and give me all she could give me. She acknowledged that and I bought her book where she autographed with a note. She wanted to encourage me from a distance. Who wouldn’t be scared? When you live a life of being targeted and attacked for so long and the ultimate thing is that they kill your son. None the less, I studied her life intensely and she had an amazing life. The part of her life that isn’t talked about enough is that even though she had all of her flaws including the brain chemistry that developed an addiction, it was U.S. Intelligence that used that against her to get a crack dealer near her when she was at her lowest low. They continuously gave her crack regularly to cause her to develop a full-fledged addiction. That’s the evidence I found out.

DX: I know after Pac’s death, she started the Tupac Amaru Shakur Foundation which ended up doing a lot of good.

John Potash: Yeah, she did great work. Even though she laid low from the radical/political stuff, she started the Tupac Shakur Art Foundation and developed so many young artists. She did great work and even started to venture back to the political realm by siding with Cynthia Mckinney who put the bill forward in Congress to get all the government documents on Tupac released. That bill didn’t pass. I filed through the Freedom of Information Act before Mckinney’s bill and they basically revealed to me in the four thousand pages they had on Pac, but they only sent me 99 pages. Those pages were heavily censored, deleted or blacked out. I got that in 2001 and pretty sure McKinney’s bill came out around 2004 – 2005 and didn’t pass. The same 99 pages they sent me were the ones they revealed later. Either way, it’s not the four thousand plus pages they revealed to me that were in there and I paid for and all of that.

DX: Do you think the FBI was following her all the way up to her death?

DX: Before Pac, Afeni gained national attention during the Panther 21 trial which had been one of the longest court proceedings in New York history at that time. She defended herself without even having an academic background.

John Potash: She wasn’t anywhere close to finishing college or even went but she was brilliant. She studied while she was in prison and defended herself and the jury credited her with getting all of the Panther 21 off over the lawyers that they hired. It was her defense that really clinched it for them.

Potash Answers If The Chapter Regarding Pac’s Assassination Is Closed

DX: One of the things your book does is really illustrate Pac’s upbringing by The Panthers and how much that shaped him.

John Potash: He grew up with all his mentors being black liberation leaders. His godfather was Geronimo Pratt, his mother was Afeni, his godmother was Assata Shakur and he was even close to Huey Newton before his death. It totally shaped Tupac. His stepfather Mutulu Shakur was a co-founding member of The Republic of New Africa. That totally shaped him.

DX: Do you think the death of Afeni closes the chapter in regards to Pac’s assassination?

John Potash: It’s going to live. It doesn’t close with her passing. People are going to continue to look into this and understand this for decades. His legacy is inspiring a new generation. You talk to kids and they love him even though he was in a different generation from them. It’s going to last more to think because of how people love his music and who he was. Afeni was elected the head of The Harlem Black Panthers while her husband Lumumba Shakur was in jail. The Harlem Black Panthers were estimated to be as high as two thousand members. It was an extremely large group. While the Panther 21 were in jail awaiting trial, they made her the spokesperson. After they were freed, she was nationally and internationally. She was respected for her activism nationwide and internationally. I cover all of this in the book, the reason why I brought up other races and artist in the book is because of the next book I did release last year Drugs as Weapons Against Us which showed the FBI going after white leftist as well.

As savvy and brilliant Tupac was, he was manipulated by Death Row which was funded by U.S. Intelligence, to promote his most negative lyrics.

DX: That book was released last year and explained the FBI’s usage of drug promotion through music. There’s a moment where you kind of parallel Afeni’s addiction to Pac’s drug usage.

John Potash: I show in the book Drugs as Weapons Against Us that a lot of these musicians were manipulated at some point to promote drugs. When they started leaning more toward activism, the U.S. government did away with them. This happened with activists also. They placed an undercover agent in her life to get her on crack. Several undercover agents did that to Huey Newton as well. As savvy and brilliant Tupac was, he was manipulated by Death Row which was funded by U.S. Intelligence, to promote his most negative lyrics. For All Eyez on Me, he promoted weed and alcohol more than his previous albums along with his beef. This, of course, was manufactured by U.S. Intelligence as well. When Pac tried to get away from that and was leaving Death Row records, they had to kill him. I do show how these kinds of tactics were used against John Lennon and Jimi Hendrix. Believe it or not, Kurt Cobain as well.

DX: Before we wrap this up, clearly there are going to be people who think this is totally unbelievable. However, the endnotes sourcing your allegations for both books are ridiculously long. How long did it take for you to compile everything for both books?

John Potash: I did hundreds and hundreds of interviews with those involved. More particularly in Tupac’s life, but those around the likes of Kurt Cobain as well. Of course, I filed the Freedom of Information Act to get the FBI file on Tupac. I went to courthouses and got court documents on a number of Tupac’s cases. I used FBI documents on different Black Panther cases. I also got CIA documents on its umbrella programs like MK-Ultra which I talk about in Drugs as Weapons Against Us . I use a lot of published books and went to the New York Public Library for various newspaper article as it has every newspaper in the country. I could research eyewitness accounts from court cases because of that. In Drugs as Weapons Against Us, I had about 1,400 endnotes which are more than The FBI War on Tupac Shakur and Black Leaders which had about a thousand endnotes.